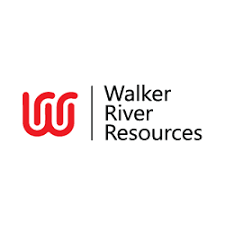 The morphology of the newly discovered zone, located underneath granite some 130 meters south of Lapon Rose is unknown at this time.

Drilling at the Honey pot has been challenging. Located in an intense fault zone at intrusive contacts, the Company has been unable to attain the drill targets or achieve significant drill lengths, using the current type of RC drill rig. Holes LC 19-45 and LC 19-46 were both abandoned at a depth of 10 meters due to caving.

Originally, the Honeypot discovery was made during drill road construction, with alteration and visible gold in an outcrop. The Company is presently analyzing the type of drill rig required to successfully drill this location.

At the Pikes Peak portion of the Lapon Gold project, road access construction is complete. Numerous workings including shafts and adits are located on the claims. Initial mapping and sampling returned significant results including 9.0 g/t Au and 2.22% Cu from an outcrop. Further results from the Lapon Gold Project will be release as they become available.

The Lapon Gold Project consists of 147 claims (2940 acres) that includes Lapon Canyon, the newly acquired Pikes Peaks claims 4 kilometers to the north and the Rattlesnake Range Front claims 3 kilometers to the west and over 600 meters lower than the present drilling at Lapon Canyon. The Lapon Gold Project is situated in the Wassuk Range, easily accessible by secondary state roads from the main highway (25 kilometres). A state grid power transmission line passes within three kilometres of the Lapon Project.

The Lapon Gold Project is located within the Walker Lane shear zone, a 100-kilometre-wide structural corridor extending in a southeast direction from Reno, Nevada. Within this trend, numerous gold, silver, and copper mines are located, notably the historic Comstock Lode mines in Virginia City. Also, the past producing Esmeralda/Aurora gold mine, with reported production of some one million ounces and the Anaconda open pit copper mine in Yerington, Nevada.

The Lapon Gold Project is cut by a series of steeply dipping cross fault structures cutting across the Walker trend, analogous to other cross fault structures responsible for many gold and base metal deposits in the world. These faults are heavily sheared and altered (sericite, iron oxides) with abundant silica, varying in width from 60 to 300 meters. Four of these structures have been discovered at Lapon Canyon, and at least two can be traced for over four kilometers.

The Rattlesnake and Pikes Peak claims cover over 8 kilometers of possible extensions of the range front zones to the west, north and south of Lapon Canyon, adding several additional drill target areas to the Lapon Gold Project. Rattlesnake and Pikes Peak contain numerous historical workings that consist of, milling facilities several adits at different levels, underground workings with vertical shafts, and a network of existing roads providing access to connect all the historical workings.

Small-scale high-grade mining began at Lapon Canyon in 1914. Approximately 600 meters of drifts and raises were developed from two adits and a two-stamp mill was built. Further underground work was carried out, returning numerous assay values in the range of one ounce per ton, with a sample at the end of an adit returning 20.6 ounces per ton. (National Instrument 43-101, Montgomery and Barr, 2004). Additional work at Lapon Canyon in the following years, included the installation of a ball mill and milling facilities.

All sampling was conducted under the supervision of the Company’s project geologists and the chain of custody from the drill to the sample preparation facility was continuously monitored. A blank or certified reference material was inserted approximately every tenth sample. The Lapon Canyon samples were delivered to American Assays Laboratories’ certified laboratory facilities in Sparks, NV. The samples were crushed, pulverized and the sample pulps digested and analyzed for gold using fire assay fusion and a 50g gravimetric finish. Intensely altered samples used a 2 kg pulp screened to 100 microns. Duplicate assay on screen undersize. Assay of entire oversize fraction.

The scientific and technical content and interpretations contained in this news release have been reviewed, verified and approved by E. Gauthier, geol., Eng (OIQ) a director of the Company, and a Qualified Person as defined by NI 43-101, Standards of Disclosure for Mineral Projects.