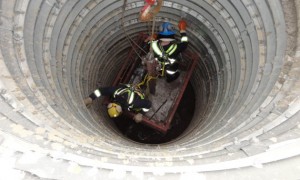 VMS Ventures Inc. (TSX VENTURE:VMS) is updating shareholders on progress made during the month of June at the Reed Copper Project, near Flin Flon Manitoba. VMS Ventures owns 30% of the project and is carried to production. Hudbay Minerals Inc. (TSX:HBM)(NYSE:HBM) owns 70% and is the Operator.

Highlights at the Reed Copper Project Include:

COO Neil Richardson states: “While the rate of ramp development slowed in March due to difficult ground conditions, advancement has since returned to the planned rate and the project remains on time and on budget. We remain impressed with our partner Hudbay Minerals and its ability to keep the project on schedule while maintaining a strong safety record with 473 days without a lost time accident to date on the project.”

The Company would also like to announce that it has granted incentive stock options to certain employees of the Company to purchase up 150,000 common shares in the capital of the Company pursuant to the Company’s stock option plan. The options are exercisable, on or before July 23, 2018, at an exercise price of $0.20 per share.

VMS Ventures Inc. is focused primarily on acquiring, exploring and developing copper-zinc-gold-silver massive sulphide deposits in the Flin Flon-Snow Lake VMS Belt of Manitoba. The Company’s VMS project property portfolio consists of the Reed Copper Project, which is subject to a 70-30 JV with HudBay Minerals and is scheduled for production in Q4-2013, Copper Project, McClarty Lake Project, Sails Lake Project, Puella Bay Project and Morton Lake Project. Outside of the Snow Lake camp, the Company holds massive sulphide prospective properties near the past producing Fox Lake and Ruttan copper-zinc mines, near the communities of Lynn Lake and Leaf Rapids in northern Manitoba. These properties are located in the mining friendly province of Manitoba, Canada. The Company also has optioned the Black Creek property in the Sudbury mining camp.