Vizsla Silver Corp. (TSX-V: VZLA) (OTCQB: VIZSF) (Frankfurt: 0G3) is pleased to provide results from step out drilling at the southern extension of the Napoleon prospect. These holes extend the mineralization by over 300 metres to the south of the previously reported results to double the drilled strike length of the Napoleon prospect at the Panuco silver-gold project  in Mexico.  Napoleon has been mapped for over two and half kilometres of strike and has four drill rigs turning on the vein.

Vizsla President and CEO Michael Konnert commented: “We now have high-grade drill results for 570 metres of the two and half kilometre strike on Napoleon. With four rigs  turning, this vein is growing into a substantial area of mineralization but is only one vein in an entire vein field that we have available to explore. The Napoleon vein is building the initial body of mineralization that will be the platform for the Company’s transition from explorer to producer. With the El Coco mill under option, we have commenced studies into metallurgy, engineering, mill upgrades and tailings reprocessing opportunities to expedite the short-cut to production that is so unique to Vizsla’s opportunity at Panuco.” 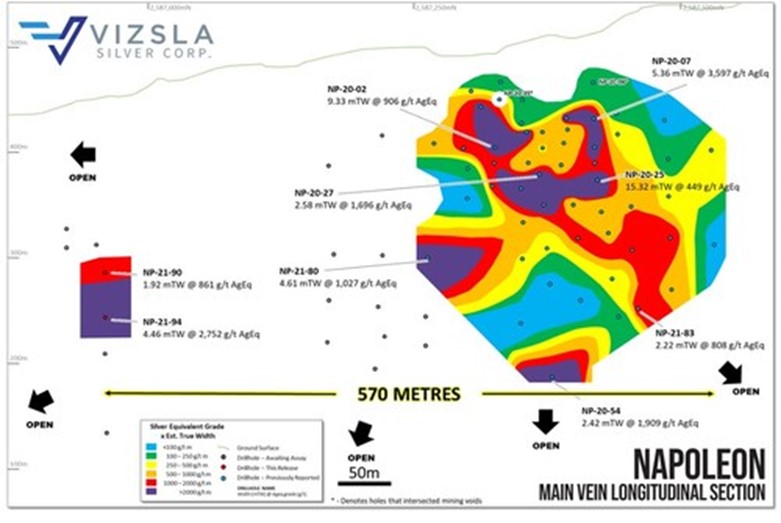 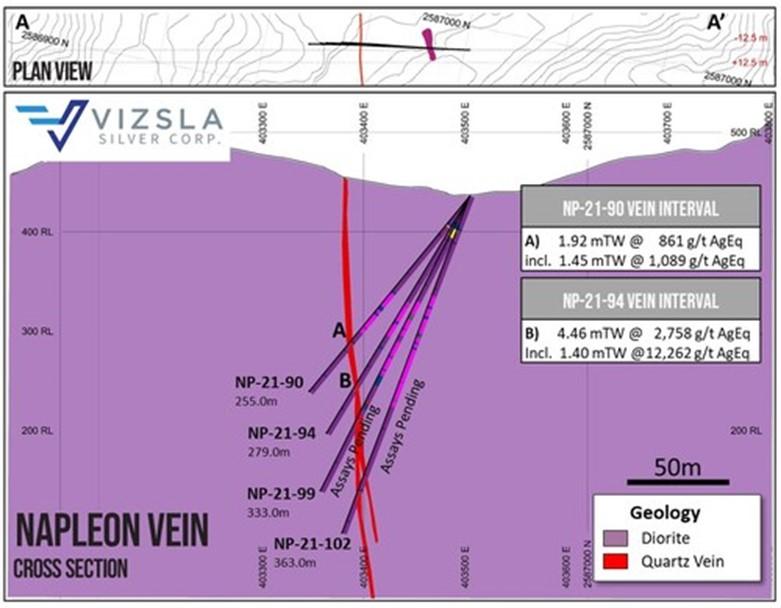 Figure 3:         Cross section through most southerly holes at Napoleon.

Table 1:           Downhole drill intersections from the holes completed at the south end of the Napoleon Zone on the Napoleon Vein Corridor.  Hole numbers are non-sequential due to additional drilling along the vein corridor, every hole with assays received has been reported.

Recent drilling extends the mineralization of the main Napoleon zone by over 300 metres to the south. Hole NP-21-94 cut the structure with a true width of 4.46 metres and a grade of 2,758 g/t silver equivalent. On the same section hole NP-21-90 returned a true width of 1.92 metres with a grade of 861 g/t silver equivalent. Holes NP-21-99 and NP-21-102 also intersected the vein on the same fan and are pending assay results.

The vein has been intersected in four holes on section (Figure 3) and two additional holes on a fan located 50 metres to the south.  When combined with the vein that has been intercepted in systematic drilling between holes NP-21-90, NP-21-94 and previously reported drilling (Figure 2) , the Company believes there is very strong potential for a continuous body of mineralization over the entire 570 metre strike length.  Assays remain pending for the eleven holes in the gap and drilling is ongoing in this area. 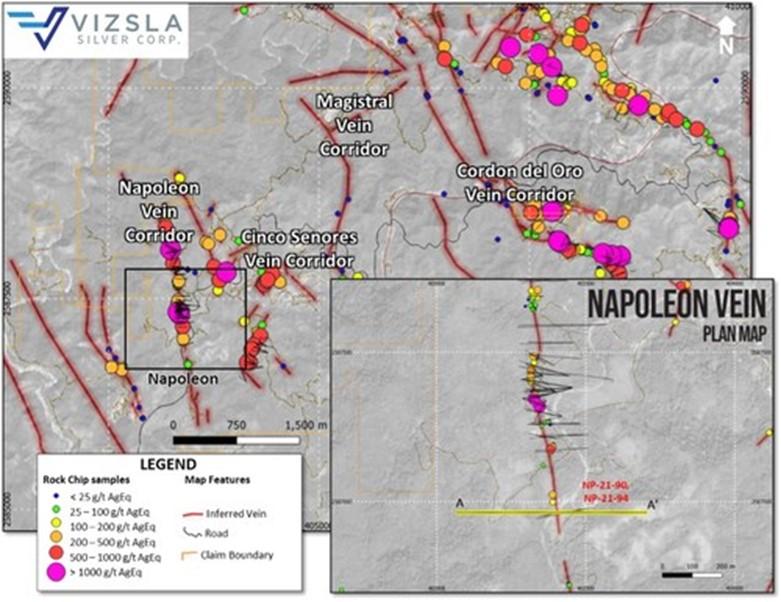 The Company’s disclosure of technical or scientific information in this press release has been reviewed and approved by Martin Dupuis, P.Geo., Vice President of Technical Services for Vizsla. Mr. Dupuis is a Qualified Person as defined under the terms of National Instrument 43-101.

Join Ellis Martin for a conversation with Blaine Monaghan, the President... READ MORE