Highlights of the new drill results include:

Vizsla President and CEO, Michael Konnert, commented: “Panuco is a much larger district beyond the current areas of resource drilling and this new discovery within the Cordon del Oro corridor emphasises the exploration upside potential of the Project.  Cordon del Oro had never been drilled prior to Vizsla’s consolidation of the district and represents an excellent near-surface target within proximity to other mineralized structures.  The Company currently has ten rigs on site: six completing resource drilling at Napoleon and Tajitos and four focused on exploration including the recent Josephine EM discovery and this new zone.” 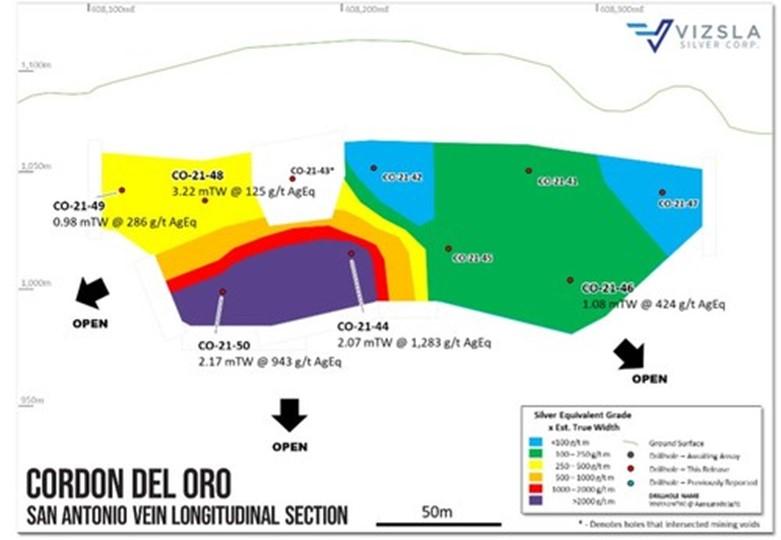 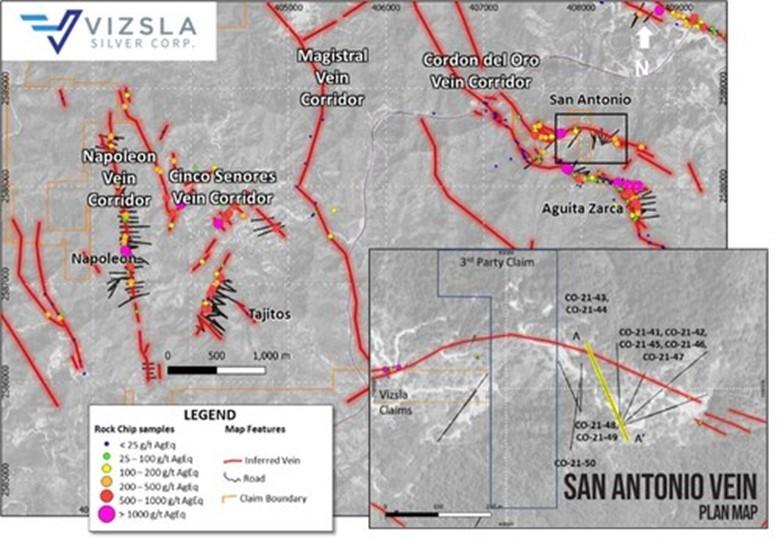 The assay results have been received from a near east-west trending splay vein off the Cordon del Oro corridor known as the San Antonio Vein.  Cordon del Oro is one of the major northwest trending corridors on the Panuco property and is interpreted based on vein textures and geochemistry to be preserved at a shallower level of erosion relative to surrounding vein corridors including the Napoleon and Tajitos discoveries.

The Company initially focused drilling on the main Cordon del Oro vein, intercepting locally high grades from splay veins in the Aguita Zarca area 530 metres to the south of San Antonio.  It was this same targeting approach which led to the discovery of a new zone of mineralization at the San Antonio vein.

The San Antonio vein itself is over 1,800 metres long and hosts three separate historic underground workings. 130 metres of vein strike, to the west of current drilling, is owned by a third party and the remainder on Vizsla claims.  Surface samples along the vein to the west of the current drilling have returned grades up to 4,244g/t AgEq and remain to be drill tested, while limited underground sampling has highlighted anomalous to high-grade silver-gold veins between 0.5 to 3.0 metres wide.

The San Antonio vein is hosted in rhyolite tuffs with a thin sliver of andesite forming the footwall in shallower holes.  The vein is dominantly composed of massive to weakly banded crystalline quartz with minor manganese on oxidised fracture surfaces.

With encouraging initial results highlighting a zone of near-surface mineralization (currently traced over 200m along strike, 100m down dip and remains open in all directions), the Company will look to expand this new zone both at depth and laterally. 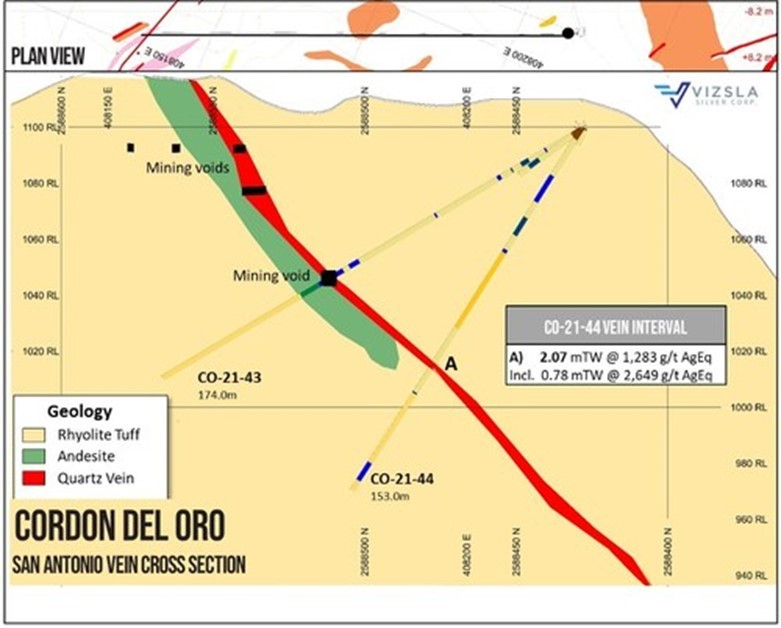 Figure 3:         Cross section through drilling, looking to west, with drillholes and intervals labelled.

About the Panuco Project

The Company’s disclosure of technical or scientific information in this press release has been reviewed and approved by Martin Dupuis, P.Geo., Vice President of Technical Services for Vizsla Silver. Mr. Dupuis is a “Qualified Person” as defined under the terms of National Instrument 43-101 Standard of Disclosure for Mineral Projects.