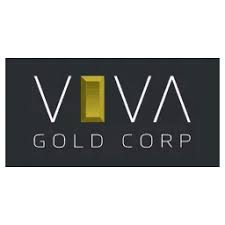 TG 1808 was drilled in the south end of the Dauntless zone and produced grades and intercepts that significantly exceed modelled expectations for this location. The hole was extended 20 meters below target depth with good results ending in strong mineralization further demonstrating potential for additional mineralization at depth. TG 1807 was drilled at the intersection of the Discovery and Dauntless zones and confirmed modelled results for this area. TG 1806 was designed to target the southern extension of the Discovery fault. This hole did not achieve target depth due to drilling difficulties, but the hole was completed in strong grade also indicating the potential for additional mineralization at depth. TG 1805 was targeted to intercept the southern extension to the Discovery zone, but intercepted limited mineralization above cutoff grade.

“These initial results provide solid confirmation of the high grade nature of the Tonopah project and further validation for the database of historical information acquired with the project. This work confirms our geologic model which encompasses high-grade vein systems associated with a series of extensional fault zones overprinting a lower-grade zone of blanket type mineralization. The long runs of grade and numerous zones of mineralization intercepted at relatively shallow depths also supports the open pit potential of this project. The holes all terminated in grade, further demonstrating additional depth potential for the system. We believe that our project goal of over 1.0 million contained ounces of gold resource for this project is achievable,” states James Hesketh, President & CEO.

An additional seven drill holes have been completed in this drilling program. These holes were targeted to demonstrate extensions to known structures or were targeted to infill between known zones of mineralization. The Company expects assay results for these additional holes in early August. As announced on April 26th, 2018 Viva Gold plans to drill 28 holes in total for the project, the latter half and second phase of 17 holes should commence later this year.

The Tonopah property contains a near-surface low-sulfidation epithermal gold system which includes near vertical quartz-adularia-gold veins hosted by the Palmetto Formation argillite and the overlying Tertiary rhyolitic volcanics within a low-angle zone of mineralization which includes and often parallels an erosion surface discontinuity at the top of the Palmetto. Mineralization has been identified in a series of north-striking extensional structural zones within an overall mineralized trend along the north-northwest Walker Lane trend, covering an area over 2,000 meters long and 300 meters wide.

All technical information which is included in this statement has been reviewed and approved by Thomas C. Matthews of Gustavson Associates LLC. Mr. Matthews is independent of the Company and a qualified person, pursuant to the meaning of such terms in National Instrument 43-101 Standards of Disclosure for Mineral Projects. The basis for the high-grade cap of 20 g/t and 0.25 g/t cutoff grade utilized for this release are based on technical analysis documented in the March 27, 2018 NI43-101 Technical Report on Mineral Resources, Tonopah Project, Nye County, Nevada.

Viva Gold is a gold exploration and development company with a focus on Nevada.