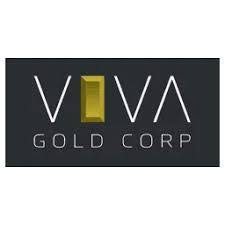 “We are extremely pleased with the overall results from this 11-hole program. The program confirmed the overall high-grade nature of the Tonopah gold system and the continuity of open zones of contact related mineralization located between the identified structurally controlled zones in the trend. The system remains open for extension in all dimensions including to depth, along trend and laterally. This program has added to mineralization through strong intercepts over good lengths in both step-out and infill drill holes with a number of the holes terminating in good grade. The results exceeded expectations,” states James Hesketh, President & CEO.

As announced on April 26th, 2018, Viva Gold plans to drill 28 holes in its currently approved program, with the remaining 17 holes in the program to be drilled later this year. This new drilling will focus primarily on proving extensions to known high-angle structures and to conduct additional in-fill and step-out drilling on low-angle contact related mineralization between structures.

The Tonopah property contains a near-surface low-sulfidation epithermal gold system which includes near vertical quartz-adularia-gold veins hosted by the Palmetto Formation argillite and the overlying Tertiary rhyolitic volcanics within a low-angle zone of mineralization which includes and often parallels an erosion surface discontinuity at the top of the Palmetto. Mineralization has been identified in a series of north-striking extensional structural zones within an overall mineralized trend along the north-northwest Walker Lane trend, covering an area over 2,000 meters long and 300 meters wide. The interaction between high angle and low angle mineralization geometries is difficult to decode for individual drillholes.  However, the holes drilled in this program were targeted to crosscut the low-angle mineralized zones while remaining as perpendicular as possible to high-angle extensional zones. Downhole lengths are believed to be representative of true thickness for the low-angle zones.

All technical information which is included in this statement has been reviewed and approved by Thomas C. Matthews of Gustavson Associates LLC. Mr. Matthews is independent of the Company and a qualified person, pursuant to the meaning of such terms in National Instrument 43-101 Standards of Disclosure for Mineral Projects. The basis for the 0.25 g/t cutoff grade utilized for this release are based on technical analysis documented in the March 27, 2018 NI43-101 Technical Report on Mineral Resources, Tonopah Project, Nye County, Nevada.

Viva Gold is a gold exploration and development company with a focus on Nevada.