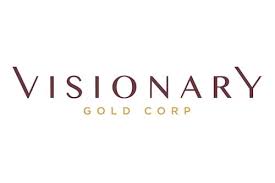 “Intersecting gold values in each drillhole of the first-ever drill program in the Lewiston District confirms the existence of a large gold-bearing hydrothermal system, supporting our exploration thesis,” stated CEO Wes Adams. “We know from extensive surface sampling and mapping that higher-grade zones of mineralization exist within the Wolf Shear structure, but more drilling is needed to further define them. Additionally, we plan to drill-test three recently defined parallel mineralized structures that have been identified adjacent to the Wolf Shear Zone (see Figure 1), as well as other new targets generated during a busy 2021 field program. Full results from regional exploration and a summary of new drill targets will be forthcoming.”

The five holes drilled at the Wolf Gold Project in 2021 (WLF001-WLF005) totalled 780m. Gold mineralization occurred in chlorite and limonite-stained fault breccias, veins and zones of intense fracturing within the shear corridor. Interpreted mineralized corridors appear to be continuous over the full 480m; however, the widths and grades of mineralization appear to be increasing slightly to the northeast along strike. All drill holes in the 2021 program were drilled from northwest to southeast across the interpreted strike of the Wolf Shear Zone; however, future drilling will also test cross cutting structures and shallowly, southeasterly dipping veins, which could have an influence on mineralization. Assay values are presented in Table 1 with a results range of detection limit to 1.33 grams per tonne gold (g/t Au). 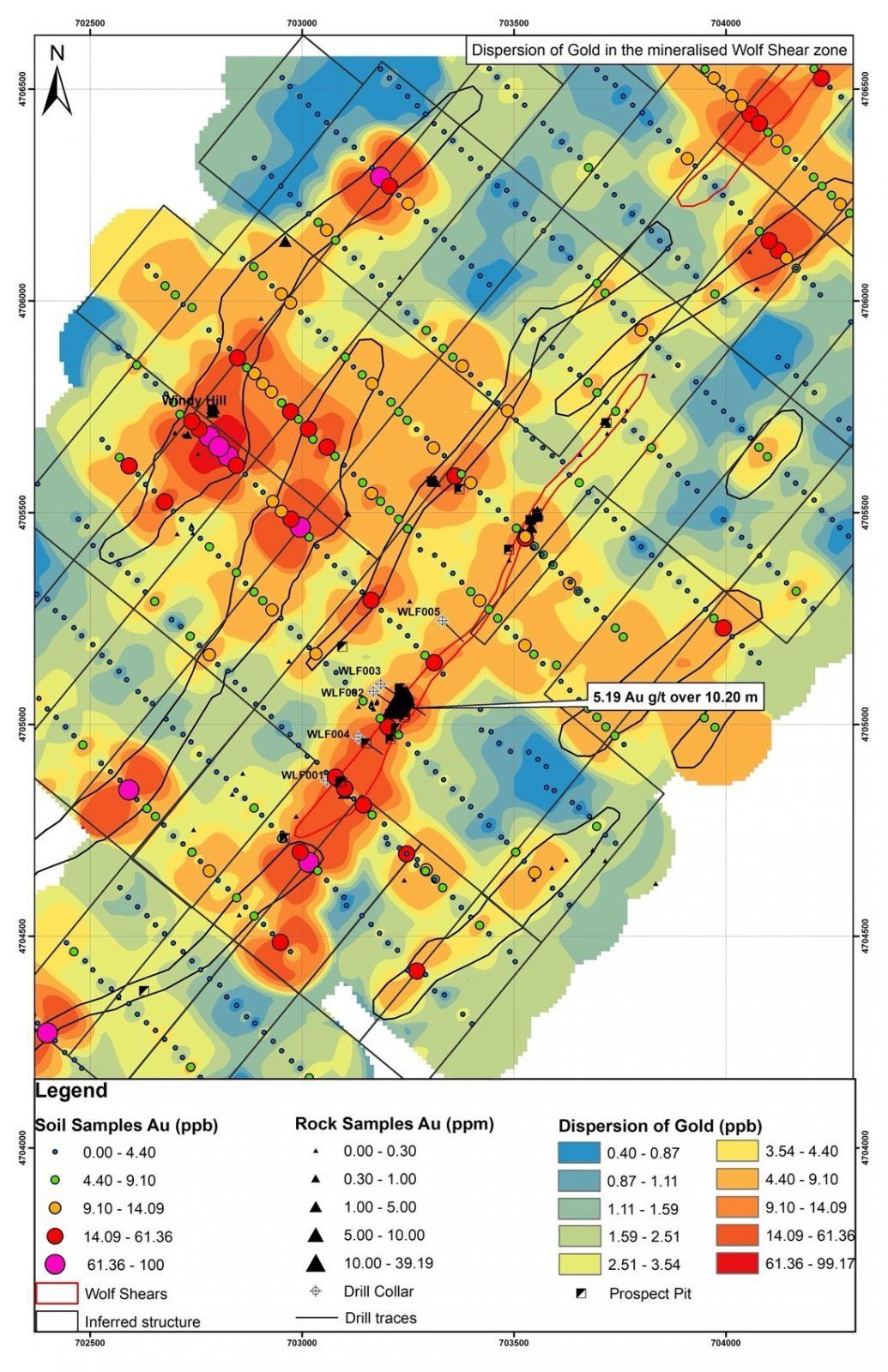 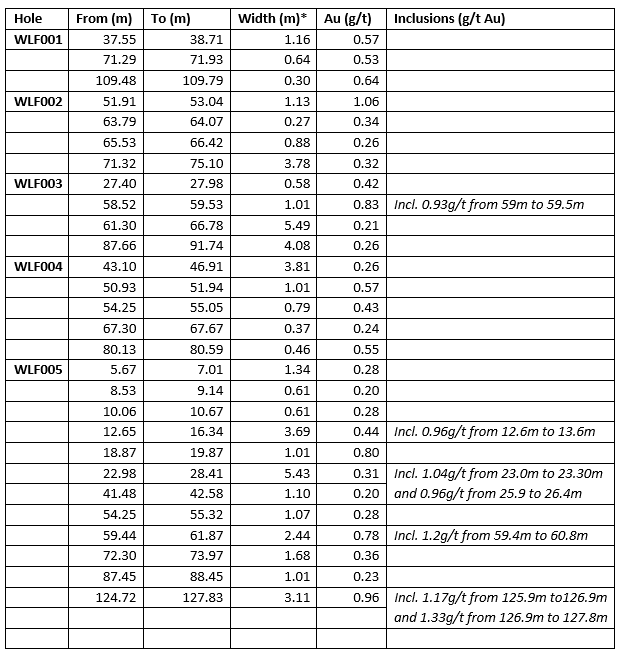 Drill core (HQ ~63.5 millimetres) was geologically logged with samples defined based on observed geological features. Sample intervals were cut in half with a core saw with on half placed in a sample bag and the other retained in the core box for reference. Samples were batch shipped from Visionary’s secure logging facility to ALS Global laboratory (ISO/IEC 17025:2017 accredited) in Reno, NV, or American Analytical Services Inc. (ISO 17025:2005 accredited) in Osburn, ID. A QA/QC program using the insertion of blanks and certified reference materials was maintained throughout the program.

All scientific and technical information contained within this press release was prepared under the supervision of Darren Lindsay, P.Geo. (EGBC), a Qualified Person as defined by NI 43-101. Mr. Lindsay is a Director of the Company.  It should be noted that the potential quantity and grade of the exploration targets disclosed in this press release is conceptual in nature, that there has been insufficient exploration to define a mineral resource and that it is uncertain if further exploration will result in the target being delineated as a mineral resource as per the NI 43-101 reporting standards.