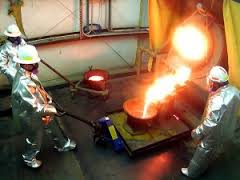 “The beginning of production at Eleonore today is a very important milestone for Virginia. We look forward to a very prolific and long-life mine at the Eleonore Mine” says Andre Gaumond, President Virginia Mines.

Virginia conducts its exploration activities over the vast, unexplored territories of Northern Quebec in order to create value for its shareholders while protecting the quality of life for both present and future generations. With a working capital position of $47.7 million as at May 31, 2014, and a large area of mining claims in Quebec North, Virginia is among the most active mining exploration companies in Quebec. Strengthened by the discovery of the Eleonore project and more than 20 years expertise on the territory, Virginia’s exploration team is recognized as one of the best in Canada. Virginia also holds a 2.2% to 3.5% royalty in the Eleonore property.