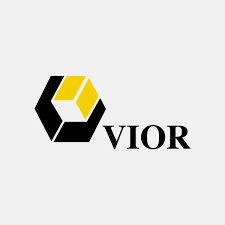 SOCIÉTÉ D’EXPLORATION MINIÈRE VIOR INC. (TSX-V:VIO) (FRANKFURT:VL51) is pleased to announce that it has acquired through its wholly owned subsidiary, Vior Gold (USA) LLC the Tonya Gold Project from Gold Range Company LLC. The agreement grants Vior the exclusive mineral rights to the Tonya Property, located 65 kilometers northeast of the town of Lovelock, in Pershing County, Nevada, USA. Vior has also just finalized an agreement to acquire all surface rights on the Property which will allow complete access for all future exploration, drilling and development work.

The Tonya Project is comprised of 71 claims for 501 hectares located in western Nevada at the north end of the Humboldt Range. The Humboldt mountain range forms the core of the Rye Patch Mineral Belt and is host to numerous gold deposits, mines and prospects, including the Florida Canyon Mine, 2.3 M oz. gold produced, the Coeur Rochester Mine, 1.65 M oz. gold and 148 M oz. silver produced, the Relief Canyon Mine and the recently discovered and developed Spring Valley Deposit.

The Tonya Project is in the early stages of exploration. Work completed to date includes some outcrop sampling, a local detailed soil survey and limited rotary drilling. The property has geological similarities to the nearby Florida Canyon and Standard mines, as it is also covered by the limestones of the Natchez Pass Formation and the argillites of the Grass Valley Formation, which host the mineralization in both deposits. The geochemical pathfinders in soils show clustered anomalies in gold, antimony and arsenic. Interpretation of the work to date indicates the Tonya Project represents the upper levels of an epithermal gold system similar to other gold deposits in the Belt. Some historical rotary drilling results suggest the potential for gold values to increase at depth.

Modern exploration work has been limited on the Tonya Project due to private ownership. Vior’s plan is to evaluate previous data, conduct mapping, including rock chip sampling and soil analysis with the objective of identifying the best drill targets for its initial drilling program. The exploration program is planned to begin in early spring 2018.

Under the terms of the agreement, Vior USA will acquire from Gold Range the exclusive rights to exploration and development of the Tonya Project. Vior USA will pay an Advance Royalty in US dollars to Gold Range according to the following schedule:

On or before each of the following:

Vior is a junior exploration company whose corporate strategy is to generate, explore, and develop quality projects in the best proven and accessible mining regions. Through the years, Vior’s management and technical team has demonstrated its ability to discover numerous gold deposits and other mineral prospects on its properties.

The technical content disclosed in this press release was prepared and approved by Mr. Marc L’Heureux, P.Geo., who is the Company’s Qualified Person as per NI 43-101.