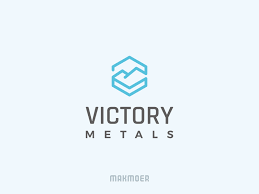 The collar locations of the 27 holes released today are shown in Figure 1. Seventeen of these holes are shown in two cross sections oriented in northwest striking (Figure 2, Section L-L) and north striking (Figure 3, Section M-M) directions. This area is below the southern portion of the Historical Vanadium Mineralized Zone and encompasses a rectangular area roughly 800m NW-SE and 300m wide. The deeper Phase II holes drilled within this area significantly expanded the extent of known vanadium mineralization at Iron Point to an area measuring 1500m in a NW-SE direction and 300m to 500m in width. Mineralization remains open to the west, east, south, and to depth in several places.

Paul Matysek, Executive Chairman of Victory, stated, “Phase II drilling returned surprisingly high-grade results in the southern portion of our vanadium rich target area. Most notable is a shallow and relatively uniform zone of vanadium mineralization that is a prime candidate for our initial developmental focus. Furthermore, the increased drill density in the southern portion of the deposit has revealed larger and higher-grade zones of vanadium mineralization than previously identified from Phase I drilling. In summary, the Phase II drill program sought to close-off the lateral and vertical extent of mineralization; it instead confirmed that the deposit remains open in most directions and to depth. Our team is excited to move forward with a resource calculation.”

Assay results released today are reported in % V2O5, and intercept lengths within mineralized horizons have been reduced to true thickness. Intercepts are reported as an Overall Length, which includes all contiguous assay intervals within the low-grade vanadium blanket zone (at a 0.09% V2O5 minimum grade), while higher grade individual zone intercepts reported as aggregate lengths are comprised of samples grading 0.20% V2O5 and greater.

The Victory drilling program was directly supervised in the field by the QP and other site geologists working for Victory. All RC samples were split at the drill site using a Gilson bar splitter and Jones riffle splitter, with two samples per 5-foot (1.52m) sample interval collected and placed into heavy plastic bags together with sequentially numbered sample tags. A 2kg sample was collected for assay, while a 4kg reference sample was kept on-site. All core sample intervals were marked by Victory personnel in the field, while the intact core was shipped directly to American Assay Lab in Reno, NV, where it was cut and sampled by trained core technicians under controlled conditions.

Three different vanadium standards (71 ppm V, 320 ppm V, and 5172 ppm V) and coarse blank samples were purchased from Minerals Exploration and Environmental Geochemistry (MEG) Inc. of Reno, NV. Victory site geologists inserted field blank, standard, and duplicate samples into the drill sample stream per NI 43-101 guidelines, maintaining a 1-in-20 insertion rate for each of the field blank, standard, and duplicate samples such that every 7th sample is a control sample. Field duplicate samples were split from the 4kg reference samples using a Jones riffle splitter.

Drill samples were transported by Victory personnel to locked storage sheds rented by Victory and located in Golconda, NV, about 14km west of the project area. Samples were picked up in Golconda by American Assay Laboratories utilizing its own truck and driver and transported directly to American Assay’s facility in Reno, NV. At American Assay Laboratories, the RC and core samples were crushed to 70% passing 2mm, and then a 0.3km split was ground to 85% passing 75 micron. A 0.5gm split was digested in a 5 acid process (ICP-5A035 method uses HNO3, HF, HClO4, HCl, H3BO3) and analyzed via ICP-OES. The detection limit for vanadium is 1ppm, the upper limit is 10,000ppm, and sample results are reported in PPM V. As a separate QAQC check, American Assay inserted laboratory standards, blanks, and duplicates into the sample stream. American Assay Laboratories is accredited by the International Accreditation Service, which conforms with requirements of ISO/IEC 17025:2005.

Victory is currently using SGS Canada Inc. to perform umpire assays on 1-in-40 drill pulps obtained from American Assay Laboratories and submitted to SGS Canada in Burnaby, B.C. Victory is re-numbering the pulp samples and inserting the same field standard and blanks into the sample stream in order to better compare results between the two labs.

Victory owns a 100% interest in the Iron Point Vanadium Project, located 22 miles east of Winnemucca, Nevada. The project is located within a few miles of Interstate 80, has high voltage electric power lines running through the project area and a railroad line passing across the northern property boundary. The Company is well financed to advance the project through resource estimation and initial feasibility study work. Victory has a proven capital markets and mining team led by Executive Chairman Paul Matysek. Major shareholders include Palisades Goldcorp (48%), and management, directors and founders (27%). Approximately 28% of the Company’s issued and outstanding shares are subject to an escrow release over the next two years. 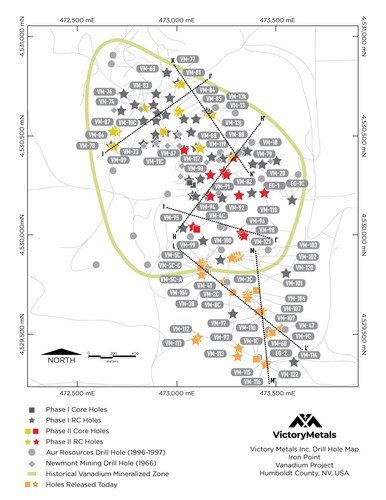 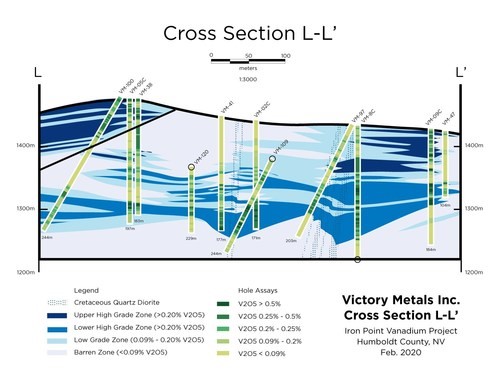 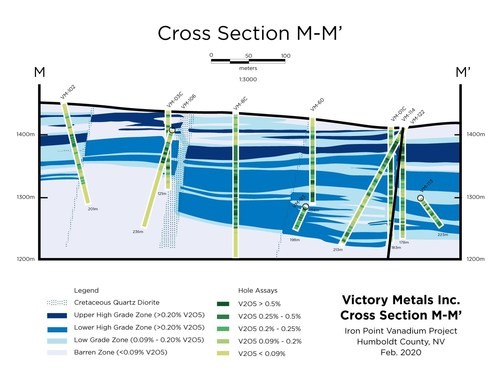