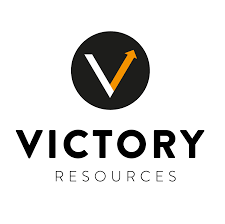 The Company paid finders fees to qualified finders of $84,576.88 (8% cash) and issued 5,638,458 broker warrants (8% brokers warrants). Net proceeds from the private placement will be used for general working capital and for investments.

Insiders of the Company received an aggregate of 6,666,667 common shares of the Company. The Company has relied on the exemptions from the valuation and minority shareholder approval requirements of MI 61-101 contained in sections 5.5(b) and 5.7(a) of MI 61-101 in respect of such insider participation.

VICTORY RESOURCES CORPORATION is a publicly traded junior mining corporation with interests in North America. The company is currently developing its existing operation in South Central British Columbia. The company is also currently seeking other opportunities.