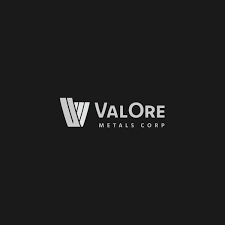 ValOre’s Chairman and CEO, Jim Paterson, stated: “Our Phase 1 drilling has successfully identified near surface mineralization in the southern portion of the current Trapia 1 resource area; extended and thickened the easterly down-dip mineralization across the full width of the resource; and proven that the mineralized ultramafic intrusion remains intact and open to expansion along a 1 kilometre geophysical target to the south. We plan to return to Trapia 1 near the end of Phase 1 due to the considerable resource expansion potential.”

Trapia 1 was selected for Phase 1 of the 2020 drill program on the merits of its strong resource expansion potential and high prospectivity along strike to the south, which correlates with a 3D magnetic inversion target extending approximately 1 kilometre from the currently defined resource. A total of 900 metres were drilled in five drill holes, testing both the PGE mineralization open at depth to the east and the 3D magnetic inversion target. Table 1  and Figure 3 present a summary of 2020 Phase 1 drilling at Trapia 1.

Ultramafic rocks were intercepted in all five drill holes at Trapia 1 (DD20TU10 to DD20TU14), with four of the five holes returning strong 2PGE+Au assay results. Drill hole DD20TU13 successfully expanded Trapia 1 mineralization by stepping out 140 metres along strike to the south along a 1 kilometre long 3D magnetic inversion target. This drill hole was also critically important in validating a robust geological and structural model for the southern resource expansion target, demonstrating a ~50 metre down-stepping of the mineralized intrusion. In addition, drill hole DD20TU14 targeted the down-dip extension of mineralization in the northern Trapia 1 resource area, and successfully doubled the thickness of mineralized intrusion from the most proximal up-dip historical drill hole, DD09TU08. See Figure 4 for cross sections through all five Phase 1 drill holes at the Trapia 1 target area.

DD20TU13 targeted the southerly strike extension of Trapia 1 mineralization along the kilometre-scale long 3D magnetic inversion target, 140 metres south of the nearest mineralized intercept, DD20TU12. ValOre geologists identified an Ultramafic “Marker” Horizon in the upper sections of historical Trapia 1 resource holes to the north, as well as in DD20TU12 (from 31.95 to 36.85 metres) and DD20TU14 (from 121.00 to 140.35 metres). This stratigraphically significant marker unit was also encountered in DD20TU12; however, the anticipated target depth was encountered approximately 50 metres deeper down hole than expected. As such, it was interpreted that the entire, intact geological package associated with the Trapia 1 resource to the north had also been stepped down 50 metres. DD20TU13 was accordingly extended past the original planned length, and intersected 61.85 metres of mineralized ultramafic intrusion, grading 0.76 g/t 2PGE+Au from 217.15 m downhole, including 9.49 g/t 2PGE+ Au over 2.45 metres from 221.20 m. The down-stepped structural and geological model for the target area south of the resource was substantiated by the intercept in DD20TU13, which transected a stratigraphically-intact, mineralized, Trapia 1 resource-associated orebody that was approximately 50 metres deeper than the anticipated target depth.

The implications of this geological model are significant for DD20TU11, which aimed to target mineralization immediately south of the Trapia 1 resource, 140 m northwest of DD20TU13, and within the same 1 kilometer long magnetic target. The drilling and analysis of DD20TU11 preceded the now validated down-stepped structural model, and consequently, it is believed that DD20TU11 (the only Phase 1 Trapia 1 drill hole which lacked grade) was stopped short of the target intrusion, and thus remains open to a mineralized intercept at depth.

Trapia 1 PGE mineralization remains open down-dip to the east, up-dip to the west along the isoshell, and along strike to the north and south, with multiple drill holes planned for immediate follow-up. 3D magnetic inversion target extending ~1 kilometre from Trapia 1 resource was shown in DD20TU13 to represent an intact, mineralized, down-stepped resource-associated intrusion, previously undrilled and untested. Consequently, DD20TU11 represents a high-priority hole to re-enter and extend, with the 50-metre stepped-down.

In summary, Phase 1 drilling at Trapia 1 has effectively brought mineralization to surface in the southern resource area, extended and thickened the easterly down-dip mineralization across the full width of the resource that remains fully open at depth, and proven that the mineralized ultramafic intrusion remains stratigraphically intact and wide open to expansion at least 140 metres to the south of DD20TU12, within a highly-prospective 1 kilometre long 3D magnetic inversion target. High-priority follow up drill holes have been planned for immediate execution at the end of Phase 1, including stepping further out along strike from DD20TU13, along the 1 kilometer long magnetic target, stepping west of DD20TU13 to target a shallower 2PGE+Au intercept, re-entering and extending DD20TU11 to depth (as directed by the down-stepped model), and further extending the resource mineralization down-dip.

* Reported assay intervals are estimated to be 90-100% true width

Figure 4: Cross Section Summary of Phase 1 Drilling at Trapia 1 is available at

ValOre’s team has forged strong relationships with sophisticated resource sector investors and partner Nunavut Tunngavik Inc. on both the Angilak and Baffin Gold Properties. ValOre was the first company to sign a comprehensive agreement to explore for uranium on Inuit Owned Lands in Nunavut Territory and is committed to building shareholder value while adhering to high levels of environmental and safety standards and proactive local community engagement.

The technical information in this news release has been prepared in accordance with Canadian regulatory requirements set out in NI 43-101 and reviewed and approved by Colin Smith, P.Geo., who oversees New Project Review for ValOre.