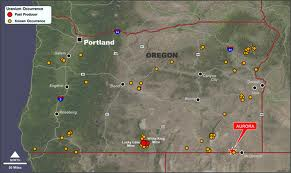 1The term ‘eU3O8’ refers to an equivalent uranium oxide grade that is based on the conversion of a radiometric gamma log determination of radioactive mineral abundance to calculated uranium content. True U3O8 values are obtained from direct chemical assay results which have only been completed on a small portion of the drill holes. Readers are cautioned that a qualified person has not done sufficient work to classify any of the historical estimates as current mineral resources or mineral reserves as defined by NI43-101. The Company is not treating the historical estimates as current mineral resources or reserves as defined by NI43-101. Further compilation of the historic geological and drilling data, resource modelling and confirmation drilling will be necessary to convert the historic estimates outlined above to NI43-101 resources/reserves.

“The acquisition of Aurora represents another milestone in the Company’s business strategy to acquire advanced uranium assets in favorable jurisdictions,” stated President and CEO, Arni Johannson.

Under the terms of the Agreement, USR can acquire the 100% interest by:

In addition, a 2% NSR has been reserved unto the Vendor, due and payable only upon commercial production (the “NSR”). The NSR can be repurchased by USR anytime within five years of the agreement date for consideration of US$1,000,000 for every 1% of NSR.

This acquisition is subject to certain conditions, including the completion of due diligence satisfactory to USR and approval of the TSX Venture Exchange. The acquisition cannot be completed until these conditions are satisfied, and there can be no assurance that the acquisition will be completed as proposed or at all.

Background on the Aurora Uranium Project

The Aurora Uranium Project is located in a historical mining area in southeast Oregon, approximately five kilometers north of the Nevada border and approximately fifteen kilometers west of the small border town of McDermitt, Nevada. The Project consists of 272 contiguous, unpatented lode claims covering an area of approximately 5,600 acres. The Project also includes a State of Oregon Exploration Permit adjacent to the lode claims. The project sits in an active mining area that was the largest US producer of mercury between 1933 and 1989. The town of McDermitt, Nevada has been the service town for the mercury mines as well as gold mines of the nearby National Mining District since 1904.

The Aurora Uranium Project was discovered in 1977 and was intensively explored by Placer Amex Corporation (“Placer”) up to 1980. The work completed included a total of 537 rotary drill holes and 25 diamond drill holes, delineating the mineralization on a 200 foot by 100 foot grid spacing. All drill holes were radiometrically logged and a number of samples were chemically assayed. Placer progressed metallurgical testing and other feasibility studies on the Project but ultimately withdrew from the Project due to a decline in the uranium price. Energy Ventures acquired the Project in 2010 from Uranium One Inc, and has since invested over $8 million in the Project.

Uranium mineralization at Aurora is hosted in clay altered volcanic flows and tuffs within the McDermitt Caldera complex. The mineralization occurs as multiple strata-bound and cross-cutting bodies in the volcanic units, forming a flat-lying to gently dipping, northwest-trending mineralized zone approximately 1,600 long and up to 300 meters wide. The mineralized horizons range from a true thickness of two meters to more than thirty meters and are interpreted to represent both primary and secondarily enriched uranium bodies which are controlled by porous and permeable stratigraphic units and structural zones.

The technical contents of this news release have been prepared under the supervision of Paul Reynolds, P.Geo. Mr. Reynolds, a Qualified Person as defined in NI 43-101, has approved this news release. He is not ‘independent’ of Uranium Standard by virtue of being a director of the issuer.