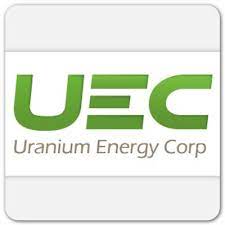 Uranium Energy Corp (NYSE American: UEC) is pleased to announce it has received $17.85 million from the U.S. Department of Energy for supplying 300,000 pounds of U.S. origin uranium concentrates at $59.50/lb. to the DOE – National Nuclear Security Administration under the contract awarded to the Company announced on December 20, 2022. The award was in response to the NNSA’s Request for Proposals to establish its strategic national Uranium Reserve program. Please see the Company’s press release dated December 20, 2022 for further details on the Uranium Reserve program.

Amir Adnani, President and CEO stated: “We are honored and delighted to have supplied 300,000 pounds of U.S. origin uranium concentrates to the NNSA and look forward to the continuation of the Uranium Reserve program and working with the DOE in the coming years.”

Uranium Energy Corp is the fastest growing supplier of the fuel for the green energy transition to a low carbon future. UEC is the largest, diversified North American focused uranium company, advancing the next generation of low-cost, environmentally friendly In-Situ Recovery mining uranium projects in the United States and high-grade conventional projects in Canada. The Company has two production-ready ISR hub and spoke platforms in South Texas and Wyoming. These two production platforms are anchored by fully operational central processing plants and served by seven U.S. ISR uranium projects with all their major permits in place. Additionally, the Company has diversified uranium holdings including: (1) one of the largest physical uranium portfolios of North American warehoused U3O8; (2) a major equity stake in Uranium Royalty Corp., the only royalty company in the sector; and (3) a Western Hemisphere pipeline of resource stage uranium projects. The Company’s operations are managed by professionals with decades of hands-on experience in the key facets of uranium exploration, development and mining.