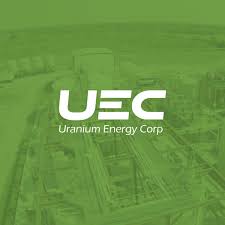 The net proceeds of the Offering will be used to fund exploration and development expenditures at the Company’s projects and for general corporate and working capital purposes.

A “shelf” registration statement relating to the shares of common stock and warrants to be issued in the Offering was filed in both in the United States with the Securities and Exchange Commission (the “SEC”) and declared effective by the SEC on March 10, 2017 and in Canada.

This press release does not and shall not constitute an offer to sell or the solicitation of an offer to buy any of the securities, nor shall there be any sale of the securities in any state or jurisdiction in which such offer, solicitation or sale would be unlawful prior to registration of qualification under the securities laws of any state or jurisdiction.  The securities being offered have not been approved or disapproved by any regulatory authority, nor has any such authority passed upon the accuracy or adequacy of the prospectus supplement, the prospectus or the Company’s shelf registration statement.

Uranium Energy Corp is a U.S.-based uranium mining and exploration company.  The Company’s fully-licensed Hobson Processing Facility is central to all of its projects in South Texas, including the Palangana ISR mine, the permitted Goliad ISR project and the development-stage Burke Hollow ISR project.  In Wyoming, UEC controls the permitted Reno Creek ISR project. Additionally, the Company controls a pipeline of advanced-stage uranium projects in Arizona, Colorado, New Mexico and Paraguay, and a large, high-grade titanium project in Paraguay. The Company’s operations are managed by professionals with a recognized profile for excellence in their industry, a profile based on many decades of hands-on experience in the key facets of uranium exploration, development and mining.