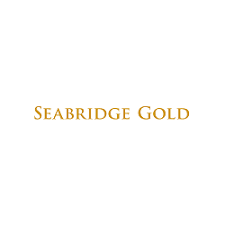 Seabridge Gold  (TSX:SEA) announced today that an updated Preliminary Economic Assessment for its 100%-owned KSM project has confirmed the potential for a dramatic improvement in project economics by incorporating the recently expanded, higher grade Iron Cap deposit into mine plans. This alternate scenario does not impact the current Preliminary Feasibility Study which remains in effect and will be included with the 2020 PEA in an updated NI 43-101 Technical Report to be filed on SEDAR within 45 days.

KSM is located in mining friendly British Columbia, Canada near existing and past producers as well as valuable transportation and energy infrastructure. KSM is the world’s largest undeveloped gold/copper project measured by Mineral Reserves, which do not include a sizeable Inferred Mineral Resource at the project’s four deposits. The project has both Federal and Provincial Environmental Assessment certificates and the Company is maintaining a strong social license, having signed Impact Benefit Agreements with the Nisg̱a’a and Tahltan First Nations, an environmental agreement with the Gitanyow Nation and receiving letters of support from the Gitxsan Nation.

Chairman and CEO Rudi Fronk noted that the 2020 PEA was undertaken to assess an alternate approach to developing KSM by incorporating a much larger Iron Cap block cave mine into the production schedule accompanied by smaller open pits compared to prior studies and developing this opportunity much earlier in the project’s mine life. “The benefits of incorporating Iron Cap into mine plans at an early stage have exceeded the upper end of our expectations, not only for the improvements in projected economics but also for the reduction in environmental impact. The PEA is based on Iron Cap’s inferred resource estimate but we are very confident these resources will upgrade to higher categories with further drilling as they have in the past at the project’s other deposits. We therefore think the new Technical Report gives investors a compelling view of the project’s potential,” Fronk said.

“I would like to recognize the outstanding effort by our engineering team and our consultants for these results while working under the constraints imposed by COVID-19 and also the impressive success of our exploration team for their expansion of the Iron Cap resource,” Fronk continued.

“These PEA economic projections, if achieved, would rank KSM among the best large-scale producing mines in the world,” Fronk concluded.

The 2020 PEA evaluates an alternate development approach to KSM and validates the 2017-2018 investment in Iron Cap exploration drilling that resulted in a significantly larger Iron Cap Mineral Resource with improved grade (March 12, 2019 Iron Cap News Release). The larger Iron Cap block cave reduces underground mine development per unit capital cost and benefits from an electrified and partially automated mine which improves Iron Cap profitability compared to the 2016 PEA. The 2020 PEA production plan transitions to block cave mining early in the mine life and maintains the concept of less total disturbance area relative to the 2016 PFS by reducing the size of open pits and consolidating all mine waste rock into a single location in the Mitchell Valley.

The 2020 PEA assesses the potential impacts of incorporating Inferred Mineral Resources into project design, capital and operating cost estimates and projected economics. The 2019 Mineral Resource estimate is the current and only resource estimate used in this study. The results of the 2016 PFS remain valid and represent a viable option for developing the KSM project while the 2020 PEA assesses an alternative development option at a scoping level. The 2020 PEA is preliminary in nature and includes Inferred Mineral Resources that are considered too speculative geologically to have the economic considerations applied to them that would enable them to be categorized as Mineral Reserves, and there is no certainty that the results of the 2020 PEA will be realized. Mineral Resources that are not Mineral Reserves do not have demonstrated economic viability.

The 2020 PEA envisages a combined open pit and underground block cave mining operation planned to operate for 44 years. Over this mine life, mill feed delivered to the process plant is planned principally for gold and copper extraction with silver produced as a by-product. The mill would produce a flotation copper concentrate containing precious metals for transport by truck to a nearby seaport at Stewart, B.C. for shipment to Pacific Rim smelters, and a gold/silver doré produced from the carbon-in-leach (CIL) process on pyritic concentrates. Metallurgical testing indicates that KSM can produce a clean copper concentrate at an average copper grade of 25% with relatively high gold and silver content, making it readily saleable.

Attached to this news release is an

The data verification checks used updated resource models with updated process recoveries and escalated cost assumptions and estimated that variances in total mill feed would be limited to +1.3% on mill feed tonnes, no change on gold grade, and +2.4% on copper grade. These overall differences are not material to the 2016 PFS Mineral Reserves. The financial results using the 2016 PFS mine plan with updates to capital and operating costs, 3-year average metal prices and tax code revisions are also not materially different from the 2016 PFS financial results.

The 2016 PFS was designed to align with regulatory approvals for project construction and operation included in federal and provincial Environmental Assessments. The scope of the 2016 PFS mine design included open pits and underground mines to extract ore from the Mitchell, Sulphurets, Kerr and Iron Cap deposits. Ore is transported through access tunnels to a processing plant located in the Teigen Creek valley nearby provincial infrastructure where it is processed to produce saleable concentrate and doré. Process waste is stored in a tailings management facility. The 2020 PEA is an alternative development option to the 2016 PFS, with a significantly higher plant throughput rate, exploitation of deeper Inferred Mineral Resources maximizing underground mass mining techniques over open-pit mining, and changes to the life of mine plan and infrastructure design. The 2020 PEA is a standalone, alternative development option that does not invalidate the 2016 PFS which remains as a viable option.

The 2020 PEA and 2016 PFS incorporate the work of a number of industry-leading consulting firms. These firms and their Qualified Persons (as defined under National Instrument 43-101) are independent of Seabridge and have reviewed and approved this news release. The principal consultants who contributed to the 2020 PEA and 2016 PFS, and their Qualified Persons, are listed below along with their areas of responsibility: