United Silver Corp. Announces the Court-Appointment of a Receiver

United Silver Corp. Announces the Court-Appointment of a Receiver 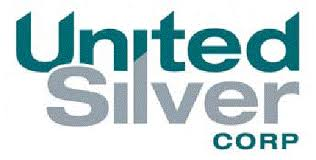 United Silver Corp. (TSX:USC) (OTCQX:USCZF) (FRANKFURT:UM8) announces that pursuant to an order of the Ontario Superior Court of Justice (Commercial List) dated January 9, 2014, Duff & Phelps Canada Restructuring Inc. was appointed as receiver and manager of the property, assets and undertaking of USC and the Receiver has been advised that the directors of USC have resigned. The Receiver was appointed pursuant to an application brought by USC’s secured creditor, HUSC, LLC.

The stability and certainty of a Court-supervised receivership is expected to assist to protect the business and preserve the value of the assets of USC, including the Crescent Mine, in which USC has an indirect 80% ownership interest. The Court-supervised receivership is also expected to provide a mechanism to address the Company’s short term liquidity requirements. HUSC has indicated that it intends to foreclose on the assets of USC’s operating subsidiaries, which are not subject to the receivership proceedings, in accordance with security agreements granted previously by the subsidiaries to HUSC in 2012.

A copy of the Court Order and information related to the Company’s receivership proceedings can be accessed at:
http://www.duffandphelps.com/services/investment_banking/Pages/RestructuringCases.aspx

USC is a vertically integrated Canadian mining company with operations in Idaho, USA. It has an 80% interest in the Crescent Silver Mine project in the Silver Valley’s prolific Silver Belt – directly between two of the district’s historically largest silver producing properties, the Sunshine and Bunker Hill mines. USC also offers a full suite of mining services including contract mining and providing a complete fabrication shop and service for building and repairing mining equipment to silver miners in the district.