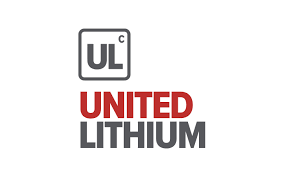 United Lithium Corp. (CSE:ULTH) (OTC PINK:ULTHF) (FRA:0UL) is pleased to announce that it has completed its previously announced (see news release dated February 12, 2021) best-efforts private placement offering, issuing 13,939,394 special warrants of the Company at a price equal to $0.66 per Special Warrant for aggregate gross proceeds of $9,200,000.04.

Each Special Warrant is exercisable, for no additional consideration at the option of the holder, into one unit of the Company, with each Unit being comprised of one common share of the Company  and one half of one Common Share purchase warrant. Each Warrant will entitle the holder thereof to acquire one Common Share at an exercise price of $0.85 per Warrant Share for a period of 24 months after March 8, 2021.

The Company will use its reasonable commercial efforts to prepare and file with each of the securities regulatory authorities in each of the provinces of Canada, other than Quebec, in which the of Special Warrants are sold and obtain a receipt for a preliminary short form prospectus and a final short form prospectus (which may, in the discretion of the Company, be in the form of a final base shelf prospectus and supplement thereto) qualifying the distribution of the Units underlying the Special Warrants, in compliance with applicable securities law, within one-hundred twenty days from the Closing Date.

In the event that the Company has not received a receipt for the Final Prospectus within one-hundred twenty days following the Closing Date, each unexercised Special Warrant will thereafter entitle the holder thereof to receive upon the exercise thereof, at no additional consideration, one-and-one-tenth (1.10) Unit (instead of one Unit) and thereafter at the end of each additional thirty day period prior to the Qualification Date (as defined below), each Special Warrant will be exercisable for an additional 0.02 of a Unit.

All unexercised Special Warrants will automatically be exercised on the date that is the earlier of (i) six (6) months and a day following the Closing Date, and (ii) the 3rd business day after a receipt is issued for the Final Prospectus.

Mackie Research Capital Corporation acted as agent and sole bookrunner in connection with the Offering pursuant to an agency agreement dated March 8, 2021 between the Company and the Agent.

If the Qualification Date occurs prior to the Agents exercising its Compensation Options or Advisory Options, each Compensation Option and Advisory Option shall be exercisable to acquire one Unit (or, if applicable, one-and-one-tenth Units if a receipt for the Final Prospectus is not received one-hundred twenty days following the Closing Date, and an additional 0.02 of a Unit for each additional thirty days thereafter prior to the Qualification Date).

The net proceeds raised under the Offering will be used for working capital and general corporate purposes, and for funding potential future acquisition opportunities.

Prior to the filing of prospectus qualifying the distribution of the Units underlying the Special Warrants and the deemed exercise of the Special Warrants, the securities issued under the Offering will be subject to a four month hold period from the Closing Date in addition to any other restrictions under applicable law.

United Lithium Corp. is an exploration & development company energized by the global demand for lithium. The Company is targeting lithium projects in politically safe jurisdictions with advanced infrastructure that allows for rapid and cost-effective exploration, development and production opportunities.