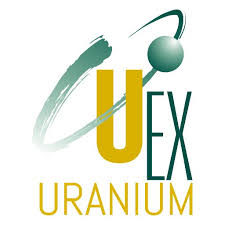 UEX Corporation (TSX:UEX) is pleased to announce that it closed its previously announced flow-through common share offering with a syndicate of underwriters led by Cormark Securities Inc.  The underwriters purchased 28,571,429 common shares that qualify as “flow-through shares” for the purposes of the Income Tax Act (Canada) at a price of $0.21 per Flow-Through Common Share of the Company for aggregate gross proceeds to the Company of approximately C$6.0 million.

The underwriters have also exercised their overallotment option and purchased an additional 4,631,071 shares at a price of $0.21 per Flow-Through Common Share for aggregate gross proceeds of approximately $972,525.

As a result of the exercise of the overallotment option, UEX has received aggregate gross proceeds of  approximately $6,972,525 by issuing a total of 33,202,500 Flow-Through Common Shares.

The net proceeds from the sale of the Flow-Through Common Shares will be used to incur “Canadian exploration expenses” (within the meaning of the Income Tax Act (Canada)) related to UEX’s projects in Saskatchewan. The Company will renounce these expenses to the purchasers with an effective date of no later than December 31, 2018.

The securities issued by UEX in connection with the Offering are subject to a four month plus one day “hold period” as prescribed by the Toronto Stock Exchange and applicable securities laws.

The company is also involved in one cobalt-nickel exploration project located in the Athabasca Basin of northern Saskatchewan.  The West Bear Project was formerly part of UEX’s Hidden Bay Project and contains the West Bear Cobalt-Nickel Deposit and the West Bear Uranium Deposit.

The eighteen projects are located in the eastern, western and northern perimeters of the Athabasca Basin, the world’s richest uranium belt, which in 2017 accounted for approximately 22% of the global primary uranium production.  UEX is currently advancing several uranium deposits in the Athabasca Basin which include the Christie Lake deposits, the Kianna, Anne, Colette and 58B deposits at its currently 49.1%-owned Shea Creek Project (located 50 km north of Fission’s Triple R Deposit and Patterson Lake South Project, and NexGen’s Arrow Deposit) the Horseshoe and Raven deposits located on its 100%-owned Horseshoe-Raven Development Project and the West Bear Uranium Deposit located at its 100%-owned West Bear Project.