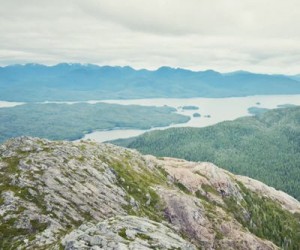 Ucore Rare Metals Inc. (TSX-V:UCU) (OTCQX:UURAF) is pleased to announce that the Company has entered into an agreement with a foreign investment fund through which the Investor will pay USD $5.0 million (approximately CAD $6.9 Million) to Ucore in consideration for a royalty or profit share on the sale of products and services related to the processing of rare earth elements and other specialty metals and critical materials utilizing SuperLig® Molecular Recognition Technology.

Under the terms of the Agreement, the Investor will make a USD $5 Million payment to Ucore, with USD$2.5 Million due immediately on execution of the agreement and the balance payable by April 30, 2016.

In consideration of the foregoing, the Investor will receive a profit share or royalty from the production of Ucore’s early stage MRT installations. The Royalty will be comprised of two components: (i) a Gross Royalty equal to 5% of gross sales from the Company’s first MRT installation or installations, payable until the recapture of the Investment; and (ii) a Net Profits Royalty equal to 5% of Ucore’s net profits from the installation. Net profit figures are to be calculated by Ucore on an annual basis during the production term, in accordance with IFRS accounting procedures.

“We’re pleased to announce the agreement for yet another significant royalty financing”, said Jim McKenzie, President & CEO of Ucore. “The obtainment of repeated financings during this challenging time in the resource sector is an exceptional achievement. We believe this shows the potential for MRT as a revenue maker in both procyclical and countercyclical environments. Remarkably, this form of financing is prospectively non-dilutive, a substantial plus for new and existing Ucore shareholders. The Company is excited to be pushing forward with the development of this promising MRT platform. This funding will contribute toward the completion of our MRT pilot plant, which we anticipate during Q1 of 2016.”

The Investor has the option to increase the amount of the Investment by up to USD$ 1 Million (approximately CAD$1.37 Million) in exchange for a larger Royalty. If, prior to April 30, 2016, the Investor provides written notice to Ucore that it would like to increase the Investment, it can do so in tranches of USD$500,000 in exchange for a pro-rata increase in its royalty. Each USD$500,000 additional investment will result in an increase in the NSR by a factor of 0.50%. If so exercised, the option to increase will bring the total financing deal to USD $6 Million (or approximately CAD $8.2 Million).

Pursuant to the Agreement and subject to any required regulatory, stock exchange or shareholder approvals, the Investor has the right to convert the total amount of the Investment (minus any Royalty amounts already then paid by Ucore) into common shares of Ucore. If the Investor elects to convert such amount, then Ucore’s Royalty obligations shall cease and the conversion amount shall be converted into common shares at the greater of: (i) the 30 day volume weighted average share price of Ucore’s common shares, less a 20% discount; or (ii) the market price of Ucore’s common shares on the day immediately prior to the conversion date, less a 20% discount; or (iii) $0.20 per common share.

The Agreement and the closing of the transaction remain subject to and conditional upon the acceptance and approval of the TSX Venture Exchange.

It is expected by the parties that the products created and services provided related to generating the revenues and net profits that will be the subject of the Royalty will be furnished under the terms of the anticipated joint venture announced on March 3, 2015 between Ucore and IBC Advanced Technologies Inc. of American Fork, Utah. Under the terms of the Joint Venture, Ucore will retain a controlling interest (60%) while IBC will retain a 40% beneficial interest in the exclusive rights to IBC’s SuperLig® MRT platform for rare earth separation and recycling applications, as well as tailings processing applications. With MRT installations around the world, IBC is the leading purveyor of MRT processing to the mining industry.

Ucore Rare Metals is a development-phase company focused on rare metals resources, extraction and beneficiation technologies with near term potential for production, growth and scalability. On March 3, 2015, Ucore announced the right to acquire a controlling ownership interest in the exclusive rights to IBC SuperLig® technology for rare earths and multi-metallic tailings processing applications in North America and associated world markets. The Company has a 100% ownership stake in Bokan- Dotson Ridge (“Bokan”), the highest grade heavy rare earth project within the United States based on NI 43-101 standards. On March 31, 2014, Ucore announced the unanimous support of the Alaska State Legislature for the investment of up to USD $145 Million in the Bokan project at the discretion of the Alaska Import Development and Export Agency (“AIDEA”).