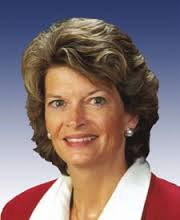 SB1600 is designed to enhance the US domestic critical metals supply chain. Among other things, it would establish a list of up to 20 minerals to be deemed critical, streamline the federal permitting process, and focus priority on workforce development. Murkowski, who is the senior Republican member of the Senate Energy and Natural Resources Committee, introduced the Bill for Senate consideration in October of last year. SB1600 was assigned to a congressional committee on October 29, 2013, and has yet to advance.

“We have got to change the dynamic here, in this country, with how we view the importance of minerals to our nation,” Murkowski said to the mining community in Alaska shortly after introducing this legislation. “We can’t move forward until Washington (D.C.) gets out of our way.”

Commenting on the recent efforts by Minerals Make Life, an initiative of the National Mining Association to advance SB 1600 and related Congressional initiative HR 761, Murkowski stated “We don’t want to be sitting in a situation where the Chinese are making all of the decisions as to what we are going to be manufacturing – how, when and where – because they have access to all the critical minerals,” Murkowski said. “We have got them here; we just need the ability to develop them.”

“There is broad agreement that some of the heavy rare earth elements) are of increasing importance to the US in high tech, defense and clean energy sectors”, said Deantha Crockett, Executive Director of the Alaska Miners Association.

“Ucore is pleased to be developing a high grade HREE project at our Bokan property in Southeast Alaska” said Jim McKenzie, President and CEO of Ucore Rare Metals Inc. “The proposed legislation will ensure the US maximizes the economic and industrial benefits of the mining sector, bringing critical projects to term as quickly as possible. We commend Senator Murkowski for her continued leadership, as well as the ongoing efforts of the National Mining Association, to advance these important streamlining initiatives.”

Ucore Rare Metals Inc. is a development-phase mining company focused on establishing rare metal resources with near term production potential. With multiple projects across North America, Ucore’s primary focus is the 100% owned Bokan – Dotson Ridge REE property in Alaska. The Bokan – Dotson Ridge REE project is located 60 km southwest of Ketchikan, Alaska and 140 km northwest of Prince Rupert, British Columbia and has direct ocean access to the western seaboard and the Pacific Rim, a significant advantage in developing near term production facilities and limiting the capital costs associated with mine construction.