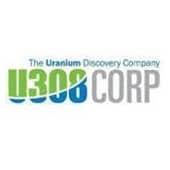 U3O8 Corp. (NEX: UWE.H), is pleased to announce the closing of its previously announced non-brokered private placement of C$2,500,000. Mega Uranium Ltd. has subscribed for 5,140,909 Units (as defined below) under the Offering which, combined with its prior position, brings its holding to 10.1% of the common shares of U3O8 on a non-diluted basis. Further to the news release of the Company dated July 11, 2022, the Company anticipates that the Common Shares will resume trading on the TSX Venture Exchange on or around August 5, 2022.

Mr. Trumbull Fisher, Chairman of U3O8 commented, “We are pleased with the strong support from investors leading to a successful completion of the private placement. The proceeds, when taken together with the market value of the common shares of Consolidated Uranium Inc. (TSXV: CUR). and Labrador Uranium Inc. (TSX-V: LUR). which the Company currently holds, places U3O8 in its strongest working capital position in over five years providing a solid foundation for future growth. I would like to thank Mega for supporting our vision for the company, and I am thrilled to welcome them as our largest shareholder.”

Mr. Richard Patricio, CEO of Mega commented, “Mega has been active over the last several years investing and looking for new opportunities in uranium explorers and developers. Our investment in U3O8 demonstrates our support for the management team led by its new board. We think the company is well positioned to increase its market presence with growing interest in their uranium assets, as well as battery and other clean energy commodity-based assets.”

Details of the Offering

The net proceeds from the Offering will be used to provide additional working capital to reinitiate operations in Colombia to advance the Company’s Berlin Deposit and for general corporate purposes.

In connection with the Debt Settlement, 1,100,000 Common Shares have been issued to Richard Spencer and 464,393 Common Shares have been issued to John Ross. These are “related party transactions” as defined by Multilateral Instrument 61-101 – Protection of Minority Security Holders in Special Transactions, requiring the Company, in the absence of exemptions, to obtain a formal valuation for, and minority shareholder approval of, the “related party transactions”. The Company is relying on an exemption from the formal valuation and minority shareholder approval requirements set out in MI 61-101 as the fair market value of the participation in the Debt Settlement by Messrs. Spencer and Ross does not exceed 25% of the market capitalization of the Company, as determined in accordance with MI 61-101.

U3O8 Corp. is focused on the development of the Berlin Deposit in Colombia. Apart from uranium for clean, nuclear energy, the Berlin Deposit contains battery commodities including nickel, phosphate, and vanadium. Phosphate is a key component of lithium-ion ferro-phosphate (“LFP”) batteries that are being used by BYD Company Ltd., Tesla Inc, and Ford Motor Corp. and a growing list of electric vehicle manufacturers. Nickel is a component of various lithium-ion batteries, while vanadium is the element used in vanadium redox flow batteries. Neodymium, one of the rare earth elements contained within the Berlin Deposit, is a key component of powerful magnets that are used to increase the efficiency of electric motors and in generators in wind turbines.