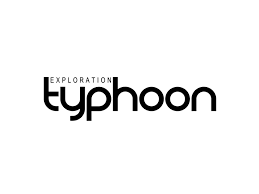 The main objective of the program was to test two East-West gold-bearing structures approximately 400 metres apart identified as the Manneville and Aiguebelle zones. The program also focussed on delineating the possible extension of the Fayolle deposit located 250 metres east of the AIG property and currently being developed for open-pit mining by IAMGOLD.

This drilling campaign represents the first drilling executed on the property since 2011. The two sub-parallel gold-bearing structures were tested down to a vertical depth of approximately 300 metres. Given that the area is entirely covered by overburden, the drilling program was designed from interpretation and models conceived using historical drill holes and existing magnetic surveys. The wide-ranging gold results obtained are indicative of strong gold anomalies within a favourable geological context.

Three drill sections were drilled about 100 metres apart from north to south to follow a contact between ultramafic volcanic rocks and sediments. A total of 2,207 metres in seven (7) holes were dedicated to this target. An iron-carbonate alteration zone ranging in widths from 40 to 60 metres was intersected along with disseminated sulphide mineralization within hematized syenite dykes. The lower portion of holes AIG-20-01 to AIG-20-03, and AIG-20-06 all intersected the folded contact between ultramafic rocks and fine-grained sediments identified as the Caste Formation. Gold mineralization is entirely hosted in sediments and associated with strong albite-carbonate-sericite alteration affecting both sediments and syenite dykes.

Two sections were drilled about 50 metres apart on the eastern limit of the AIG property boundary to test for the possible extension of the Fayolle deposit.  Holes were designed to intersect the intended target between vertical depths of 150 to 250 metres.

Even though strong deformation and alteration were observed in drill core, no significant gold values were returned. On the other hand, anomalous gold was obtained from the collars of holes AIG-21-09, AIG-21-10, AIG-21-11 over core lengths of 8 to 10 metres. The mineralization is hosted in strongly altered and brecciated syenite dykes similar to the ones observed at the Fayolle deposit. These results were unexpected and represent a completely new target. Some results from AIG-21-11 are still pending.

“We are very excited about the near-surface mineralization intersected in the upper portion of holes AIG-21-09 to 11. This represents a new target which will be followed up in the next phase of drilling,” says Ghislain Morin, Typhoon Exploration’s CEO.

“The consistency of the results obtained from the Manneville trend – namely the repetition of large widths of gold mineralization – is exciting given that the system remains open and untested to the west. Follow up drilling is also warranted to test the near-surface intercepts of holes AIG-21-09 to 11. Finally, exploration data collected from this drilling campaign will enhance the current 3D geological model and will contribute to highlighting new drill targets,” he concludes.

The technical information presented in this Press Release was revised by Martin Demers, P.Geo. (ogq #770), consultant for Typhoon Exploration, and Qualified Person under National Instrument 43–101 Standards of Disclosure for Mineral Projects.