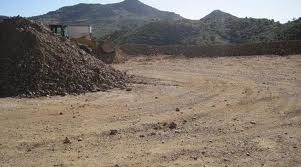 Tyhee Gold Corp. (TSX-V:TDC) is pleased to report that it has entered into an agreement with Santa Fe Gold Corporation whereby, subject to certain conditions, Tyhee, acting through a newly-incoporated Delaware subsidiary corporation, will acquire 100% of the issued and outstanding securities, including dilutive securities, of Santa Fe in exchange for securities of Tyhee. Santa Fe (OTCQB:SFEG) currently holds a number of precious metals properties in New Mexico, USA, including the Summit gold mine, which began commercial production in 2012 before mining activities were suspended in November 2013, primarily due to operational challenges brought on by capital constraints.

Trading of Tyhee shares, which was halted at the request of the Company on January 17th, is expected to resume shortly following this announcement. The unusual length of this halt has been due primarily to a number of regulatory and financial complexities related to the Transaction, which have now been resolved.

The Merger Agreement, which will be filed under Tyhee’s profile on SEDAR, follows the completion of extensive due diligence by Tyhee’s management and technical team, including comprehensive discussions, site inspections and a review of Santa Fe’s financial situation. The board of directors of the Company has concluded that, following a significant restructuring of Summit’s operations, mine plan and debt position – including a cash injection estimated at US$19 million by Tyhee after completion of the Transaction into the Summit Mine and Santa Fe’s wholly owned Lordsburg Mill – the mine and mill can be re-started in 2014, with further production expansions scheduled to be implemented over the subsequent several months.

Following completion of the Transaction, Tyhee’s President and CEO, Brian Briggs, will continue in that capacity. Pierce Carson, PhD., Santa Fe’s CEO, who has had an accomplished international mining career spanning over 35 years with extensive experience in directing exploration, development and mining of base metals, precious metals and industrial minerals and in administering public companies, will join Tyhee’s board of directors and has agreed to consult for Tyhee on a part-time basis.

Upon completion of this merger, Tyhee’s core assets will include the Summit mine and Lordsburg Mill in New Mexico, as well as a significant growth asset, the larger but longer term Yellowknife Gold Project (“YGP”) in Canada’s Northwest Territories.

Upon closing, Tyhee will continue trading on the TSX Venture Exchange and plans are in place to apply for a potential US listing on the OTCQX as well as a German listing. The resultant increased visibility is expected to heighten Tyhee’s recognition as a diversified, well-capitalized, low-cost gold-silver miner, explorer and developer.

As a key part of this transaction process, Tyhee has negotiated the terms of debt restructuring with Santa Fe’s three primary creditors, Waterton Global Resource Management, Sandstorm Gold Ltd. and International Goldfields Limited, to restructure the terms of Santa Fe’s indebtedness. Closing of the Transaction is conditional upon the creditors entering definitive agreements for such restructuring.

In the event that the Merger Agreement is terminated, a break fee in the amount of US$300,000 may be payable by Santa Fe to Tyhee, or by Tyhee to Santa Fe depending on the circumstances of such termination.

Tyhee has agreed to lend Santa Fe US$3 million to repay a portion of that company’s accounts payable, with the first advance to be made on or before February 15, 2014. In the event that the Merger Agreement is terminated, the principal amount and interest outstanding, and expenses incurred by Tyhee in connection with the Bridge Loan may be, in certain circumstances at the option of Tyhee, converted into common shares of Santa Fe. If the funds for the Bridge Loan are not available by February 15, 2014, Santa Fe will have the right to terminate the Merger Agreement.

The proposed business combination will maximize value for both Tyhee and Santa Fe shareholders, creating a combined company potentially benefiting from:

Denis Taschuk, Tyhee’s Chairman of the Board, said, “We are all very pleased about the potential we see with this agreement. It has taken a tremendous amount of effort and cooperation from numerous parties, including Santa Fe’s board and management as well as their debt holders and we are confident that we will see significant value generated for all of the stakeholders involved.”

Santa Fe’s Chairman, Jakes Jordaan, added, “We are extremely pleased to have found such an optimal fit in terms of both our combined assets and leadership teams, particularly given the unusually challenging times virtually everyone in our sector is facing. On behalf of Santa Fe’s board, management and the Special Committee that supported this agreement, I want to thank everyone involved and we look forward to seeing the benefits we all agree are apparent in this exciting restructuring as the Summit Mine is properly brought back into production and expanded to its real potential as an integral part of Tyhee’s ambitious growth plans.”

Tyhee CEO, Brian Briggs stated, “This is precisely the sort of opportunity that my team and I have been looking forward to over the past several months as market conditions have affected the timing of our plan to bring the Yellowknife Gold Project into production. Although we remain committed to that longer term goal, we are extremely happy to be able to start producing gold at Summit and then to optimize this operation in line with our target of becoming a profitable new mid-tier, multi-project gold company.”

As previously announced, Tyhee has been aggressively pursuing new opportunities to enable the Company to benefit from gold production in 2014. This revised corporate strategy is aimed at enhancing Tyhee’s shareholder value by taking advantage of corporate project opportunities available in the current challenged resource investment environment to generate cash-flow, accelerate growth and provide a strong platform on which to build a new multi-project gold mining company. At the same time, the Company will continue to progress its YGP, an advanced stage wholly-owned gold project in the development and permitting stage.

In line with this strategy, Tyhee also announced plans to create a special purpose vehicle through which funds of up to US$37.5 million are intended to be raised through an offering of secured, convertible debt. Closing on a minimum of US$20.0 million in the SPV Financing is a condition to the closing of the Transaction, and the Break Fee may be payable if such financing is not completed by March 15, 2014. The SPV Financing is expected to fund the proposed cash injection into the Summit Mine and Lordsburg Mill complex.

Up to 10 per cent of the funds raised through the SPV are to be used for general corporate purposes, including the ongoing development of Tyhee’s YGP.

IMPORTANT ADDITIONAL INFORMATION WILL BE FILED WITH THE SEC

The debt securities to be offered pursuant to the SPV Financing have not been, nor will they be, registered under the United States Securities Act of 1933, as amended, and may not be offered or sold within the United States or to, or for the account or benefit of, U.S. persons absent U.S. registration or an applicable exemption from the U.S. registration requirements. This news release does not constitute an offer for sale of securities for sale, nor a solicitation for offers to buy any securities. Any public offering of securities in the United States must be made by means of a prospectus containing detailed information about the issuer and management, as well as financial statements.