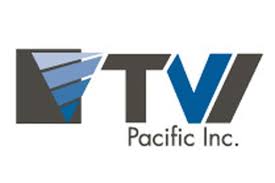 TVI Pacific Inc. (TSX-V: TVI) (OTC Pink: TVIPF) is pleased to announce that TVI Resource Development Phils., Inc. a Philippines corporation in which TVI holds a 30.66% interest, has closed an Omnibus Loan and Surety Agreement with China Banking Corporation providing for a US $28.5 million principal amount term loan facility, the proceeds of which shall be used to partially finance its 2,000 metric tons per day Balabag gold/silver mining project.

The Facility is a five year term loan facility from the Lender in the aggregate principal amount of up to US $28.5 million, the proceeds of which shall be used to partially finance TVIRD’s 2,000 MTPD Balabag project.

TVIRD has elected to apply a fixed interest rate to any amounts borrowed through the Facility that shall be based on the sum of the 5-year rate on US dollar denominated bonds issued by the Philippine government plus a spread of 275 basis points.

The Loan shall be secured by:

“Conclusion of a loan facility with China Banking Corporation represents the final step required to proceed with the Balabag gold/silver project, which is the fourth mine for TVIRD following the Canatuan gold-silver mine from 2004 to 2008, the Canatuan copper-zinc mine from 2009 to 2014 and then the Agata nickel direct shipping ore project that commenced in 2014 and in which TVIRD holds a 60% interest,” stated Cliff James, Chairman and CEO of TVI and Chairman of TVIRD.  “We are most excited about this opportunity after years of study and preparation and look forward to the value this project may be expected to bring to the Company, our shareholders and the community.”

Balabag is owned 100% by TVIRD and is fully permitted to proceed.  The total capital expenditure requirement for the Balabag project is expected to be US $48.85 million, with the difference between this total anticipated capital expenditure requirement and the Facility to be funded by internally generated TVIRD cash and cash generated specifically by the Balabag project.

Exploration work has continued at Balabag following preparation of the internal TVIRD resource model in 2014 upon which the current updated NI 43-101 technical report has been based.  Activities have included mapping and sampling of underground tunnels, particularly in the Lalab and Miswi area, and has extended into Mossad (north of Balabag hill).  Additional drilling was initiated in 2018 and has continued into 2019 with 28 drill holes (for a total of 2,356 meters drilled).  Data from the recent drilling campaign continues to be analyzed.

TVIRD, a Philippine corporation in which TVI holds a 30.66% interest, is a diversified mining company that focuses on the acquisition, exploration, development and production of resource projects in the Philippines.  It operates under the highest standards of health and safety practices for its workers and its host community; and is uncompromising in its best-practices approach to environmental protection as well as community development.  TVIRD has a pool of highly competent managers, technical personnel and skilled workers with previous experience in gold-silver operation, and holds a 60% interest in AMVI, a nickel laterite DSO operation that commenced in October 2014 and in which TVIRD is operator.  To date AMVI has shipped a total of 12.71 million wet metric tonnes through 235 shipments.  TVIRD also owns 100% of the Balabag gold/silver project.

TVI Pacific Inc. is a Canadian resource company focused on the acquisition of resource projects in the Asia Pacific region.  TVI currently holds a 30.66% equity interest in TVIRD and a 3.57% equity interest in Integrated Green Energy Solutions Ltd, a publicly listed company incorporated in Australia with shares listed on the ASX, that is engaged in the commercialization of technologies related to converting waste plastics to fuel in Australia and internationally.  TVI’s other holdings include a 14.4% equity interest in Mindoro Resources Ltd. and a 100% investment in shares of TG World.  As at the date of this announcement, TVI has 655,537,039 outstanding common shares and 696,887,039 fully diluted including the currently issued outstanding options of 41,350,000.