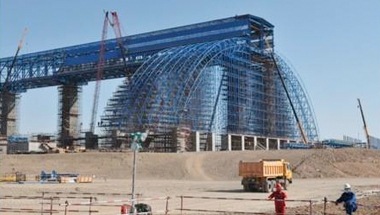 Mr. Jacques joined Rio Tinto in October 2011 and before his current position he was President, International Operations – Copper. Prior to Rio Tinto, Mr. Jacques spent more than 15 years working across Europe, south-east Asia, India and the US in operational and strategy roles in the aluminum, bauxite and steel industries. He served as Group Director, Strategy and was on the Executive Committee at Tata Steel Group from 2007 to 2011. Previously, Mr. Jacques spent four years as Corporate Development and Strategy Director at steelmaker Corus and worked for aluminum company Pechiney.