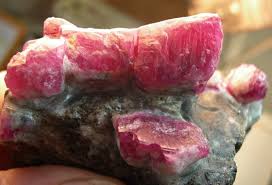 True North Gems Inc. (TSX-V:TGX) is pleased to announce that it has signed an agreement with Leonhard Nilsen & Sonner A/S and LNS Greenland A/S under which the combined LNS entities will provide over CDN$11,000,000 in financing to the Company and the Company’s operating subsidiary in Greenland, True North Gems (Greenland) A/S.

“This agreement and reinforcing of the joint partnership will provide True North the additional resources to transition quickly into the construction phase of the Aappaluttoq Ruby Project,” said Nicholas Houghton, President and CEO. “The combined financing package will allow the Company to restructure its share of Capital Expenses, reducing our immediate requirements and in particular, minimizing dilution to current shareholders. With this funding arrangement, the Company will be able to deliver on its vision of becoming one of the World’s leading coloured gemstone production and exploration companies.”

Under the Letter Agreement, the LNS Group and LNSG have agreed to provide financing to True North and TNGG as follows:

“Obviously we have followed the project closely, and when the prospect arose to increase our percentage ownership of the Aappaluttoq mine and also invest in the parent Company, it was opportunity we realized made sound business sense for LNS,” stated Frode Nilsen, head of the LNS Group.

On November 20, 2012 the Company summarized the initial $23 million earn-in agreement with LNSG (formally Greenland Mining Services), outlining LNSG’s commitment to complete planning, civil engineering and investing of infrastructure capital to earn a 20% joint venture interest in the Aappaluttoq Ruby project. This new agreement amends and favourably compliments that relationship and, upon completion of the earn-in by LNSG, will result in LNSG holding a 27% ownership interest in TNGG and in a significant shareholding by the LNS Group in True North.

The Company intends to use the net proceeds of the financing transaction toward the Company’s share for the development of the project whilst working with LNSG to initiate construction. The Company will also commence processing the remaining material extracted from the initial bulk sampling and upon completion; the liberated Rubies and Pink Sapphires will provide an arms-length pricing for the project and become an immediate source of revenue.

The transaction is subject to TSX Venture approval.

True North Gems Inc. is a public junior exploration company dedicated to the exploration and development of coloured gemstone deposits. True North is committed to the realization of shareholder value through development of the first ethically sourced commercial ruby mining operation, in partnership with the people of Greenland. The Company’s shares trade on the TSX Venture Exchange under the symbol TGX.

True North Gems (Greenland) A/S is the Company’s operating subsidiary in Greenland. The definitive agreements outlined in this release will result in True North Gems Inc. retaining approximately 73% of Greenlandic Operations. LNSG will own approximately 27% once their earn-in is completed.

About LNS Group and LNSG

LNSG is predominantly owned by international arctic contractor Leonhard Nilsen & Sonner A/S of Norway. The Leonhard Nilsen Group of 15 companies is a major mining and construction company with over 70 years of experience in logistics and mining in arctic environments. They have worked on a variety of projects over the last 50 years and have focused on operations in Svalbard, Spitsbergen, Iceland, Greenland, Russia, Antarctica and throughout Scandinavia. LNSG is a major supplier of services to the oil, gas and mineral industry in Greenland.