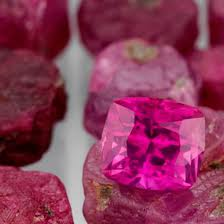 True North Gems Inc. (TSX VENTURE:TGX) is pleased to announce the closing of the previously announced private placement financing, realizing gross proceeds of $1,500,000 through the sale of 16,666,667 units at a price of $0.09 per unit. Each unit is comprised of one common share of the Company and one-half of one common share purchase warrant, with each full warrant exercisable for two years at a price of $0.12. The securities were issued to Halman-Aldubi Provident and Pension Funds Ltd, a prior shareholder of the Company. The securities issued under the financing are subject to a four-month hold period and may not be traded until May 9, 2014, except as permitted by Canadian securities legislation and the TSX Venture Exchange.

“We are pleased to see Halman-Aldubi continue as a strong supporter of the Company, and increase their ownership position. We are encouraged that their investment demonstrates confidence in True North Gems, the Greenland Government, and the Aappaluttoq Ruby Project”, stated Nicholas Houghton, President and CEO of True North Gems.

The Company intends to use the net proceeds of the financing to advance the development of the Company’s Aappaluttoq Ruby Project in Greenland as well as general working capital.