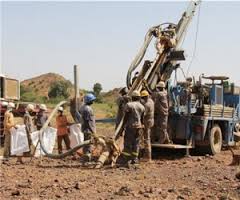 True Gold Mining Inc. (TSX-V:TGM) has entered into a US$100-million stream agreement with Franco-Nevada Corporation (TSX:FNV) (NYSE:FNV) and Sandstorm Gold Inc. (TSX:SSL) (NYSE MKT:SAND). Based on our current Feasibility Study, the Agreement is anticipated to provide sufficient funding to complete the construction of the Karma Project in Burkina Faso, West Africa.

The US$100M Agreement requires True Gold to purchase and deliver 100,000 ounces of gold over five years, and thereafter 6.5% of equivalent production at Karma. In addition, True Gold holds the sole option to increase funding by up to US$20-million during the next 18 months. If the Increase Option is exercised in full, True Gold would deliver an additional 30,000 ounces of gold on a fixed payment schedule.

“It is a pleasure to welcome Franco-Nevada and Sandstorm and their high-calibre management teams as our newest partners on the Karma Project,” said Mark O’Dea, Executive Chairman of True Gold. “Their participation provides a strong endorsement of the project and the quality of our team. We feel this is a highly attractive funding package that is well aligned with our development plans and we look forward to working together.”

“I would also like to thank our cornerstone investors, Liberty Metals and Mining and Teck Resources, for their leadership roles in supporting the advancement of Karma over the past year. Since May 2013, during one of the toughest financing environments in recent history, True Gold has arranged approximately $200 million in funding,” said Mr. O’Dea.

“We are pleased to be partnering with both True Gold and Sandstorm in supporting the development of Karma, a robust project with low capital and operating costs on a property that has excellent exploration potential,” said Paul Brink, Senior Vice President, Business Development of Franco-Nevada. “True Gold has assembled an excellent operational team to build and operate Karma, in one of the fastest growing gold jurisdictions in the world today.”

With permits secured to build the mine envisioned in the Feasibility Study and development fully funded, True Gold’s Board of Directors has approved a construction decision and is targeting first gold pour for the end of 2015. Karma will be the seventh mine built in Burkina Faso within the past five years.

Having flexibility in Karma’s development plan was a critical factor in determining the best project finance package and partner for True Gold. The Company believes strongly in the organic growth potential of the Karma Property and the high likelihood of additional production from the discovery of new resources. As such, True Gold took careful consideration in selecting a project finance package that was cost effective and aligned well with the Company’s growth strategy and timeline.

True Gold spent the past year reviewing and negotiating over a dozen term sheets from traditional and alternative funding sources. The Franco-Nevada/Sandstorm funding package demonstrated the strongest solution in terms of cost of capital, operational flexibility, alignment of business interests and long-term partnership benefits, which the Company believes will provide maximum benefits to our shareholders.

The Agreement covers the 856-square-kilometre Karma project area. Supplemental permits for Kao and Nami are expected to be in place to allow for initial draws on the deposit in September 2014.

We are currently negotiating long-term consumables contracts. A scoping study of the North Kao deposit is also underway, in addition to ongoing exploration focused on regional targets and the recently discovered northern extension to the Nami deposit. Upcoming milestones include:


True Gold Mining Inc. is where gold comes to life. We are committed to growing a successful gold exploration, development and production company, by focusing on projects with low costs, low technical risks and solid economics. The Company’s board, management and technical teams have proven track records in gold exploration, development, operations and production worldwide.