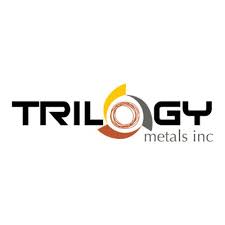 Trilogy Metals Inc. (TSX: TMQ) (NYSE American: TMQ) is pleased to announce the positive results of its Feasibility Study for the Arctic Copper-Zinc-Lead-Silver-Gold Project in the Ambler mining district of Northwestern Alaska.  The Arctic Project is held by Ambler Metals LLC, the joint venture operating company equally owned by Trilogy and South32 Limited. The FS was prepared on a 100% ownership basis, of which Trilogy’s share is 50%. All amounts are in U.S. dollars unless otherwise stated.

Highlights of the Arctic Feasibility Study

The FS describes the technical and economic viability of establishing a conventional open-pit copper-zinc-lead-silver-gold mine-and-mill complex for a 10,000 tonne-per-day operation for a minimum 12-year mine life. The base case scenario utilizes long-term metal prices of $3.00/lb for copper, $1.10/lb for zinc, $1.00/lb for lead, $1,300/oz for gold and $18.00/oz for silver.

Tony Giardini, President and Chief Executive Officer of Trilogy Metals comments, “Arctic is a special project due to its unique high-grade polymetallic nature.  The only other time that I’ve seen a project of this quality where the grades were similar was in an underground mining scenario.  However, Arctic is  mineable in an open pit scenario. I also want to highlight that Arctic contains a significant amount of gold and silver. At current spot metal prices, the precious metals output represents almost 20% of its revenue. The annual gold equivalent (gold and silver) payable output is about 80,000 ounces per year.”

Jim Gowans, Director of Trilogy Metals and the Company’s representative on the Board of Ambler Metals comments, “Arctic is located in the extremely prospective Ambler Mining District, in a mining friendly jurisdiction, in Alaska, USA, where solid environmental regulations and a balanced permitting process is established.  I am also very pleased that we are working with NANA Regional Corporation, Inc., who understand mining and have an established record of working at the Red Dog Mine.”

The salient details of the FS are displayed in Tables 1, 2 and 3 below.

The FS was prepared on a 100% ownership basis, under National Instrument 43-101 standards by independent consultant, Ausenco Engineering Canada Inc. of Vancouver, British Columbia, Canada and the full technical report will be filed on SEDAR and EDGAR within 45 days of this news release.  The Company also engaged Wood Canada Limited to complete mine planning and SRK Consulting (Canada) Inc. to complete tailings and waste design, hydrology and water management studies.

The Company’s current mineral reserve and mineral resources tables can be found on the Company’s website at the following link https://trilogy tables.  There has been no material change to the mineral reserve and mineral resource estimates for the Arctic Project as reported in the Company’s previous technical report entitled “Arctic Project, Northwest Alaska, USA, NI 43-101 Technical Report on Pre-Feasibility Study” with an effective date of February 20, 2018. However, there is a slight decrease in contained metal due to additional mining dilution.

The FS is based on a 10,000 tonne-per-day open-pit mining with a conventional milling and flotation process that results in the production of copper, zinc and lead concentrates.  Based on the feasibility level metallurgical work on the sulphide mineralization, the average recoveries are projected to be 89.9% for copper, 90.6% for zinc and 79.0% for lead, in their respective concentrates. Over 60% of the recovered payable silver and gold report to the lead concentrate at 95% payable.  Life of mine strip ratio is approximately 6.9 to 1.

Under the Exploration Agreement and Option to Lease (“NANA Agreement”) with NANA Regional Corporation, Inc. NANA has the right, following a construction decision, to elect to purchase a 16% to 25% direct interest in the Arctic Project or, alternatively, to receive a 15% Net Proceeds Royalty.  This FS was carried out on a 100% ownership basis and does not include the impact on Trilogy Metals if NANA elects to purchase an interest in the Arctic Project under the NANA Agreement or, alternatively, the impact on Trilogy Metals and the Arctic Project if the NPR becomes applicable.  The FS does include the 1.0% Net Smelter Royalty to be granted to NANA under the NANA Agreement in exchange for a surface use agreement.

Additional information on the NANA Agreement and the joint venture with South32 is included in the Company’s 2019 Annual Report on Form 10-K, which is available on SEDAR and EDGAR.

A technical report containing the FS and prepared in accordance with NI 43-101 will be available on SEDAR and Edgar within the time frames prescribed under applicable securities laws.

Messrs. Staples, Peralta, Boese, Murphy and Davis have visited the site of the Arctic Project.  The FS Contributors have had discussions with relevant site personnel and Company management and have reviewed supporting documentation. Additional information can be found in the technical report.

The FS Contributors prepared or supervised the preparation of the information that forms the basis of the FS disclosure in this press release and have reviewed and approved the disclosure regarding the FS contained herein.

Trilogy Metals Inc. is a metals exploration and development company which holds a 50 percent interest in Ambler Metals which has a 100 percent interest in the Upper Kobuk Mineral Projects in north-western Alaska. On December 19, 2020, South32, which is a globally diversified mining and metals company, exercised its option to form a 50/50 joint venture with Trilogy. The UKMP is located within the Ambler Mining District which is one of the richest and most-prospective known copper-dominant districts located in one of the safest geopolitical jurisdictions in the world. It hosts world-class polymetallic volcanogenic massive sulphide deposits that contain copper, zinc, lead, gold and silver, and carbonate replacement deposits which have been found to host high-grade copper and cobalt mineralization. Exploration efforts have been focused on two deposits in the Ambler mining district – the Arctic VMS deposit and the Bornite carbonate replacement deposit. Both deposits are located within land package that spans approximately 172,636 hectares. Ambler Metals has an agreement with NANA Regional Corporation, Inc., a Regional Alaska Native Corporation that provides a framework for the exploration and potential development of the Ambler mining district in cooperation with local communities. Our vision is to develop the Ambler mining district into a premier North American copper producer.