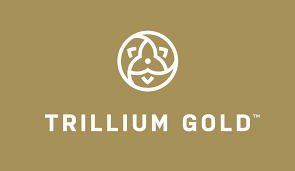 Trillium Gold Mines Inc. (TSX-V:TGM) (OTCQX:TGLDF) (FRA:0702) is pleased to provide an update on the latest results from the Company’s first half 2022 exploration and drilling activities at the Newman Todd Complex in Red Lake, Ontario.

The two drill holes (NT22-211 and 212) were designed to test the southward-trending and deeper extensions of the Main Zone Fault-associated mineralization about 100 metres to 250 metres below all previous drill holes, situated in a gap in the drilled portion of the NT Zone. Both holes considerably expand the depth of mineralization down to almost 600 metres in this area. Figures 1 and 2 show these drill holes in plan and long section.

Russell Starr, President & CEO of Trillium Gold stated, “These exceptional results indicate the potential for an appreciable increase in the Newman Todd resource, and strongly support our thesis regarding the structural controls that determine high-grade occurrences within the NT Zone. These occurrences trend southeast of the NT Zone into the hanging wall sequence. Historically, Newman Todd has not been meaningfully drilled below 400 metres depth, and we are now seeing real high-grade potential with the east-west structures holding the key to discovering new gold mineralization outside of the known NT Zone.”

Gold mineralization was also intersected in the hanging wall rock units past the NT Zone contact and Main Zone Fault, with visible gold1 logged in a 2mm quartz vein at 614.2m of NT22-212 (549 g/t Au over 0.3m), within a banded chert and iron formation section of the hanging wall sequence. This hanging wall gold occurrence, within the broader significant interval of 8.75 g/t Au over 20.4 metres, as well as other historical hanging wall intercepts indicate that gold mineralization associated with the NT Zone and associated east-west shears (eg. Main Zone Fault), continues into the hanging wall rock units southeast of the NT zone, thus expanding the possible drill target areas and potential mining pit shell within the project area. The historical drilling in this region generally stopped prior to intersecting this mineralization when drilled from the foot wall. Very little drilling in the opposite direction was carried out overall, leaving this mineralization undiscovered.

Figure 1: Geology plan showing the location of drillholes NT22-211 & 212 is available at

Since January 2022, a total of 17 drill holes in 7,665 metres have been drilled at the Newman Todd Complex. The remaining assay results will be released once all the results have been interpreted and the broader structural framework can be quantified.

All drilling was supervised by Paul Barc, PGeo. The drilling was conducted by Rodren Drilling Ltd., of West St. Paul, Manitoba. Drill core was logged and sampled in a secure core facility on site. Core samples from the program were cut in half, using a diamond cutting saw, and half cores were sent for analysis to Activation Laboratories Ltd. in Dryden, ON, an accredited mineral analysis laboratory. All samples were analyzed for gold using standard Fire Assay-AA techniques. Samples returning over 10.0 g/t gold were analyzed utilizing standard Fire Assay-Gravimetric methods. Any samples with results greater than one ounce per ton gold were also analyzed with a standard 1 kg metallic screen fire assay, unless the remaining sample material was insufficient. Certified gold reference standards, blanks and duplicates are routinely inserted into the sample stream, as part of Trillium Gold’s quality control/quality assurance program to monitor accuracy and precision. No QAQC issues were noted with the results reported herein. All drill intercepts reported are down-hole core lengths, which do not necessarily represent true widths.

1) Visible gold (VG) references are factual observations and should not be construed as quantifiable grade.

The technical information presented in this news release has been reviewed and approved by William Paterson QP, PGeo, VP of Exploration of Trillium Gold Mines, as defined by NI 43-101.