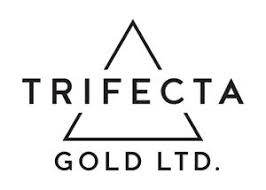 Trifecta Gold Ltd. (TSX-V:TG) is pleased to announce results from initial exploration work on the Yuge property with partner Silver Range Resources Ltd. (TSX-V:SNG).  The Yuge property is located in Humboldt County, northern Nevada, approximately 55 km south of Denio in the Varyville Mining District.  The property covers the historical Columbia and Juanita Mines, which produced high-grade gold on a small scale between 1870 and 1937 from strong veins located more than 1,000 m apart within the same structural corridor.  Historical mining only extended down to the bottom of the oxidized zone.  Diamond drilling by previous operators below the Columbia workings produced a true-width sulphide intersect, which graded 9.70 g/t gold over 3.3 m starting 49 m below surface.  This drilling was conducted in 1981 and no drilling has been completed since.

A successful reconnaissance program conducted in late April and early May focused on three zones – Columbia, Juanita and Josie.  A total of 68 rock geochemical samples and 25 soil geochemical samples were collected during the program. Thirty-five of the 68 rock and/or chip samples collected returned greater than 1 g/t gold.  Significant rock sample results are listed below and a map showing their locations is available on Trifecta’s website.

“Results from our preliminary work at Yuge are very positive and justify further work,” stated Dylan Wallinger, Trifecta’s President and Chief Executive Officer.  “We have confirmed the presence of high-grade gold mineralization at and surrounding the historical mines.  Due to the near absence of outcrop, we have not yet determined the limits of the mineralized system.”

Gold mineralization occurs with sulphides (arsenopyrite and pyrite) or their weathered products (scorodite and iron oxides).  Only minor amounts of quartz or silica accompany the mineralization.  The veins are found in fault/shear zones that cut andesites, andesitic epiclastics and diorites, but seem to be best developed within and on the margins of mapped diorite intrusions.  Underground workings were not sampled or mapped during this program due to safety reasons.

At Columbia, multiple rock samples grading greater than 5 g/t gold were collected in a series of trenches over a strike length of 65 m.  Soil samples were collected on a test line over an undisturbed section of the Columbia Vein to determine the effectiveness of soil sampling on the property.  Peak values were 7.2 g/t gold-in-soil, 6.18 g/t silver-in-soil and 8050 ppm arsenic-in-soil.

The Juanita target hosts various underground workings and the Juanita Mine, which was once owned and operated by notable Nevadan prospector Josie Pearl.  Many of the previous diggings have yet to be mapped and sampled.

The Josie target is a large area located south of the former Juanita Mine that contains scattered historical diggings, which Trifecta is evaluating for its bulk tonnage potential.  Mineralization at the Josie target was collected over a 500 m long by up to 200 m wide area, from structures that trend oblique to the Columbia/Juanita system.  Most samples at Josie were taken from vein exposures or float, but a 2 m chip sample, mapped as weathered ‘andesite’ with minor iron oxide, contained 1.84 g/t gold.  Two significant chip samples of vein exposures from partially collapsed trenches graded 45.2 g/t gold over 0.35 m and 42.2 g/t gold over 0.4 m, respectively.  The limits of the Josie target have not been defined.

Results from the initial program indicate that gold mineralization at Yuge is more widespread than documented in the limited historical data and may occur in undocumented structural settings.  In response to the positive results, Trifecta has staked additional claims, more than doubling the size of the property.  In addition, an airborne total magnetic field and radiometric survey was completed by Precision GeoSurveys Inc. in May.  Further work could include a program of geological mapping focused on structure, additional prospecting, systematic soil sampling, and alteration (Short-Wave Infrared) mapping, followed by trenching and potentially ground geophysical surveys to define drill targets.

Additional information including a short video presentation on the Yuge Property may be found on Trifecta’s website at www.trifectagold.com.

Samples were secured and transported by the field crew to ALS Minerals facilities in Reno, Nevada for sample preparation.  Pulps were shipped to North Vancouver for assaying and geochemical analyses.  Rock samples were analyzed by Ultra-Trace Aqua Regia ICP-MS (ME-MS41) and fire assayed for gold (30 g sample) (Au-AA25).  Samples that exceeded the detection limits of the routine methods were assayed for silver and copper by inductively coupled plasma-atomic emission spectroscopy (Ag/Cu-OG46) and for gold by gravimetric analysis (Au-GRA21).  Soil samples were analyzed by ICP-MS (ME-MS41L).  Field work and sampling were supervised by Roger Hulstein, P.Geo.

Historical data cited in this press release is based on reports by Homestake Mining Company, Westamerica Enterprises and Extension Energy Inc.  This data has not been independently verified by Trifecta but has been checked for internal consistency and against Nevada Bureau of Mines and U.S. Bureau of Mines public domain data.  Technical information in this news release has been approved by Matthew R. Dumala, P.Eng., a geological engineer with Archer, Cathro & Associates (1981) Limited and a Qualified Person for the purposes of National Instrument 43-101.

Trifecta is a Canadian precious metal exploration company dedicated to increasing shareholder value through the acquisition and development of attractive exploration projects in Canada and other mining friendly jurisdictions.