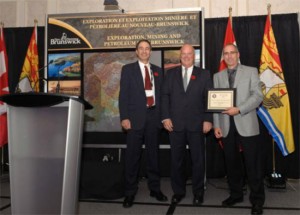 Trevali Mining Corporation (TSX:TV)(OTCQX:TREVF)(LMA:TV)(FRANKFURT:4TI) has closed the previously announced bought-deal private placement issuing 18,171,700 common shares of the Company (inclusive of 1,504,700 Common Shares issued pursuant to the exercise in part of the underwriters’ over-allotment option) at a price of Cdn$0.60 per share for aggregate gross proceeds of Cdn$10,903,020. The Offering was led by Dundee Securities Ltd. and included Raymond James Ltd.

In connection with the Offering, the underwriters received a cash commission equal to 5% of the gross proceeds of the Offering. All securities issued pursuant to the Offering are subject to a hold period that will expire four months and one day from the date of closing as well as any additional hold periods required in jurisdictions where subscribers to the Offering reside.

The net proceeds will be used to advance mine commissioning and production start-up at Trevali’s Santander zinc-lead-silver mine in Peru, to advance Trevali’s New Brunswick projects, and for general corporate purposes including working capital.

Trevali is a zinc-focused base metals development company with active operations in Canada and Peru.

In Peru, the Company has commenced commissioning at its Santander zinc-lead-silver mine where subsequent ramp up to the planned 2,000-tonnes-per-day production is anticipated by mid-year 2013.

In Canada, Trevali owns the Caribou mine and mill, Halfmile mine and Stratmat polymetallic deposit all located in the Bathurst Mining Camp of northern New Brunswick. Initial trial production from the Halfmile underground mine was successfully undertaken in 2012 and the Company anticipates commencing operations at its 3,000-tonne-per-day Caribou Mill Complex in early-2014.

All of the Company’s deposits remain open for expansion.