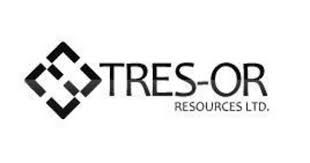 Eight of the 10 microdiamonds are described by SRC as “White/Colourless, Transparent” and no or minor inclusions (Table 2).

Samples were prepared for SRC by Tres-Or personnel splitting the HQ drill core for selected continuous intervals, and then bagging, labelling and sealing the split core in successive ~8 kg bags, before delivery to the laboratory in Saskatoon.  The unsampled half core is retained under secure conditions for reference.  SRC is an independent, secure and ISO/IEC 17025:2005 accredited laboratory with strong experience at caustic fusion microdiamond testing.  SCR’s microdiamond testing method places the entire received sample (divided into 8 kgs batches) into tubs of caustic soda in modified pottery kilns to be fused at high temperatures until a small residue is produced, which is then hand-picked under optical microscopes for all contained microdiamonds.   SRC’s quality control recovered a very efficient 396 out of 399 (99.25%) of the distinctive yellow synthetic diamond spikes added at the laboratory.  SRC has a well-deserved reputation for reliable microdiamond analyses and is entirely independent of Tres-Or.

Microdiamond counts are reported by SRC for each individual ~8 kg bag delivered.  In total, 6 of the sample bags yielded between 1 and 4 microdiamonds each (27 bags analyzed), consistent with reasonably widespread distribution of diamonds throughout the tested kimberlite intervals.  In other words the microdiamonds were not derived from just one or two places, as might happen with a single stone crushed during sampling, or a group of stones from a single diamond-bearing mantle xenolith.

Three additional samples of approximately the same sizes but from distant parts of the Guigues pipe are currently being processed for microdiamond content at SRC with results to be announced upon completion.

The Guigues Kimberlite pipe became a high-priority diamond exploration target for Tres-Or due to its substantial size (5 to 7 hectares), excellent local infrastructure, and most importantly highly encouraging indicator mineral chemistry closely similar to De Beers’ Victor Diamond Mine.  Now with recovery of microdiamonds from Guigues, Tres-Or believes we have established another important similarity between Guigues and the Victor Diamond Mine.  Furthermore, microdiamonds in the range of 1 per 20 kgs may also point to potential in the case of Guigues.  For comparison, the U2 kimberlite near Victor reportedly yielded 127 diamonds > 0.106 mm from 3,821 kgs processed for a ratio of ~1 per 30 kgs (Metalex news release, Dr. Charles Fipke 2009), and U2 is said to be similar to Victor, which is reported to have a “paucity of microdiamonds”, requiring larger than usual samples to model potential grades (Fowler et al., 2002).

In addition to the microdiamond tests from SRC, Tres-Or is pleased to report on new microprobe results from 3 samples of Guigues drill core sent to C.F. Mineral Research Limited, an ISO 9001:2015 certified/ISO 17025:2005 compliant laboratory in Kelowna, B.C.  In total, the 3 samples weighed 393.34 kgs and after arrival in Kelowna were disaggregated by attrition milling, with the +106 micron material concentrated by density and magnetic properties.  From the +106 micron concentrates, C.F. Minerals, hand-picked over 8,000 indicator minerals and then selected 701 for new microprobe analyses.  The analyzed indicator minerals include eclogite and pyropes garnets, chromite, chrome diopside, picroilmenite, and olivine recovered from different parts of the pipe (Table 3).  The new microprobe results support Tres-Or’s previous interpretation of a mantle indicator mineral signature comparable to the Victor kimberlite, especially in regards to having numerous eclogitic and lherzolitic garnets with compositions similar to diamond inclusions at Victor (Stachel, et al., 2020).  C.F. Minerals also examined sample residues for microdiamonds, recovering 5 natural stones, all less than 106 microns in size.

Note that although the indicator mineral chemistry is closely similar to the Victor Diamond Mine, and the microdiamond results presented herein point towards potential to carry larger stones, that does not necessarily mean the Guigues Kimberlite will host diamonds of economic size. Tres-Or’s ongoing microdiamond tests are expected to better define the potential to host economic diamonds.

Tres-Or Resources Ltd. is a Canadian resource company focused on exploring for diamonds and gold resources in the Témiscamingue and Abitibi regions of Québec that is listed on the TSX Venture Exchange. Additional information related to the Company is available on SEDAR and on the Company’s website (www.tres-or.com).