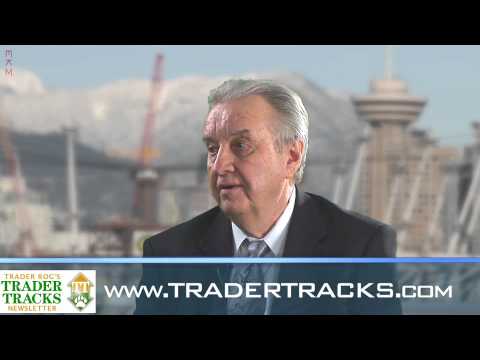 We reported in our newsletter last Friday that shares were going peaky and that while we did not expect any large dramatic selling, the technicals were showing us the top is in and a minor correction is imminent. Trading action on this Monday was a very small and minor selling event that added futher to this previous forecast. As we reported on Let Us Trade Radio this morning, there was a rise in durable goods that supported stocks. However, housing data slipped and investors are still anxiously watching earnings reports for the 4th quarter of 2012.

Some analysts are saying there is too much bullish sentiment, which also signals a top when this zeal becomes overdone. We think it is overdone but we prefer to take our signals from more meaningful indicators, such as the following:

(3) the behavior of Apple stock showing good numbers but slipping fast on the lesser strength of current sales and of profits. (Apple is a really big horse and you do not stop a very fast growing company like that one on a dime. Rather, the trading action of sales year-over-year, shows slipping from 2011 Q-4 growth of 73% to 2012 Q-4 18% and this sends up a red flag.)

(4) Apple, it appears, unless we are surprised, will not have another new product launch until the fall of 2013. The current Apple selling correction will settle down and the stock should go back to $500 resistance. After that Mr. Market has more influence than the managers at Apple. In our view, even if Apple has another heavy and supposedly successful profit launch this fall, the markets might smother it and modify sales to the extent the huge success of Apple sales events will not be replicated. Microsoft’s brand new Windows 8 has been tepid at best and that one cost billions…another warning signal.

The problem with our timing cycles is that we are seeing an imminent mild correction right now to be followed by more stock rallies. After the next pullback, could the markets move to produce a bear double top again? We think one is coming but not just yet. We would forecast a correction for the next few days followed by new, smallish rallies and buying as the next up move has to face a trauma of Debt Ceiling Nastiness all over again.

Two key dates are February 15 and March 1. Should the markets get by those dates unscathed and in generally good condition, a subsequent decent rally from March all the way to the end of April might be next.

When we enter May, our annual cycle of “Sell in May and Go Away” is on the table when markets will at least go flat and probably not rise in any meaningful way at all. The summer is mostly choppy doldrums and then precious metals begin to base and rise in later August. In early September when vacations are over, traders and investors should be shares buyers for about two to three weeks. After that cycle: look out!

Near September 23 through October 25 we forecast that markets are set up for a nasty hard smash. How hard is hard? It depends upon valuations in the credit markets relative to growing inflation and of course the ugly rearing head trauma of unstable politics and Middle Eastern messes, which are impossible to predict. The one thing we can see in the Middle East right now is growing violence and spreading tensions throughout the region. Our take is the summer will be one of an Arab Spring that has Sprung and civil war escalation problems with Iran and Syria. Even Egypt is going bad as the old capitalists do not like their new political management. Israel is now installing operationally, the Iron Dome Defense, which can shoot down incoming enemy missles. For them this is life or death; this is not a game. Even Syria’s Assad’s own mother has defected and turned on her naughty boy. The Russians are saying Assad is finished and had better scoot; and they are a supportive ally. We thought his old man was a real terror; his pencil-necked ophthalmologist kid now murdering his own people is purely mental asylum material.

Considering the long upside we have just experienced with stocks, the corrections this year should grow more meaningful and rough. The current one is mild with the May event probably touching 12-15% down. The fall one is the largest unknown and it could be anything from -23% to something much worse.

Precious metals should rise with some mild moves in the first half of 2013 with some stronger ones in the second half. If the markets get a good scare this year and we’re thinking they will, gold might rally very hard in a fear and security reaction. The longer, further out trends of 1-3 years are turning from early turmoil into something much worse, but are doing it gradually. This is the old frog in the boiling pot syndrome, “froggy says its getting warm but I’m ok for now; so far so good.”  Then it gets very hot very fast and we get frog legs for dinner. So goes our trading forecast.

In summary, we will be continuing to trade and invest but with stops and with one finger on the sell button. The trading air is thick and suffocating and we are very, very uneasy. We smell a hard correction on the horizon and it’s closer than we might think.

Please be careful and use risk controls on everything you own and on everything you trade and invest in. In some cases we would take profits faster than usual and in others, unless you can see +25% realistic gain within 90 days, forget the idea. Use Canadian cash as a preference not USA dollars. Be ready for a potential weekend or holiday bank-run.

This is not the time to be too bold. Be more concerned about capital preservation rather than producing larger gains this year.