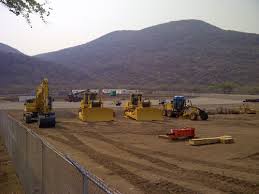 Torex Gold Resources Inc. (TSX:TXG) (TSX:TXG.WT) is pleased to announce that the Company, through its subsidiary Minera Media Luna, S.A. de C.V. has signed a credit agreement with BMO Harris Bank N.A., BNP Paribas, Commonwealth Bank of Australia, ING Bank N.V., Societe Generale, and The Bank of Nova Scotia and other definitive documentation with respect to its previously announced syndicated senior secured US$375 Million project finance facility (the “Loan Facility”) that is due to mature June 30, 2022. The Loan Facility will be used for the development of the El Limon-Guajes Project located on the Company’s 100% owned Morelos Gold Property in Mexico. With the completion of the Loan Facility, the development of the Project as currently proposed is fully financed.

Fred Stanford, President and CEO of Torex, said: “With this project financing, we are now in a position to complete the construction of our first mine on schedule and on budget, for commissioning in August of next year. We appreciate the hard work of our financing team, lawyers, consultants and bankers, their perseverance, confidence and commitment have produced a transaction that is accretive to all parties involved. Our special thanks to our shareholders for their patience and support during the almost two years it took us to complete this financing that puts us on a path to building a company we can all be proud to be a part of.”

The Loan Facility is comprised of two separate facilities, a project finance facility of US $300 million and a cost overrun facility of US $75 million. Advances under the PFF will bear interest at a rate of LIBOR + 4.25% to 4.75% and advances under the COF will bear interest at the same rate plus up to 3%. Drawing under the Credit Agreement is subject to the satisfaction of certain customary conditions precedent, including the execution of the Hedging Programs described below. In particular, the Banks have accepted the recently completed Environment and Social Impact Assessment relating to the Project. The Loan Facility is supported by secured guarantees from the Company and each of its material subsidiaries.

In connection with the Loan Facility, Torex will establish gold and foreign exchange hedging programs with the Banks. Execution of the Hedging Programs is subject to the satisfaction of certain customary conditions precedent and the following general terms: (i) the gold hedging program covers the gold price exposure for 204,000 ounces of Torex’s projected gold production, which equates to approximately 6% of the Company’s current targeted total gold production from the Project, subject to volume adjustment based on the final realized hedged price; (ii) the CAPEX foreign exchange currency hedge covers exposure for 75% of Torex’s non-U.S. dollar denominated capital expenditures for the Project to the expected completion date; and (iii) the OPEX foreign exchange currency hedge covers exposure for 75%, 50% and 25% annually, on a three year rolling basis, of Torex’s non-U.S. dollar denominated operating expenditures for the Project from the start-up of commercial production. The Hedging Programs will be secured on an equal basis with the Loan Facility, have no margining requirements and will be documented in the form of ISDA Agreements.

A copy of the Credit Agreement will be filed under Torex’s profile on SEDAR.

Torex is a growth-oriented, Canadian-based resource company engaged in the exploration and development of its 100% owned Morelos Gold Property, an area of 29,000 hectares in the highly prospective Guerrero Gold Belt located 180 kilometres southwest of Mexico City. Within this property, Torex has two projects: the El Limon-Guajes Project, currently under development, and the Media Luna Project, at an advanced stage of exploration. Torex intends to identify a pipeline of future economic deposits within its property, which remains 75% unexplored.