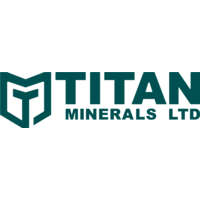 Titan Minerals Ltd (ASX: TTM) is pleased to advise it has lodged a formal takeover offer for all of the issued and outstanding common shares of Canadian-based Core Gold Inc (TSX-V: CGLD) with lodgement on the ASX on Tuesday 1st October 2019 of the Takeover Bid Circular to acquire Core Gold.

The offer represents a compelling premium of 164% over the closing price of Core Gold Shares on 13 September, 2019 (the last day prior to the public disclosure of Titan’s intention to pursue a combination with Core Gold), and a 160% premium over the volume weighted average price (“VWAP”) for Core Gold Shares for the last 20 trading days ended 13 September 2019.

The offer is open for acceptance until 9:00am (Toronto time) or 9:00pm (Perth time) on Tuesday 14th January 2020 unless the offer is accelerated, extended or withdrawn by Titan.

Titan’s board of directors believe combining the two companies will establish an emerging Latin American-focused gold explorer, developer and producer with an extensive portfolio of assets in Ecuador and Peru, as well as a substantially stronger balance sheet, led by an experienced leadership team.

In addition, the Titan board believes the majority of Core shareholders would support the combination given the current offer is on improved terms than the previous plan of arrangement proposal made in June 2019.

At the time, 68.88% of Core shareholders (excluding Titan) voted in favour of the previous plan.  Despite this, the British Columbia Supreme Court declined to approve the proposed transaction on the grounds Core failed to satisfy its burden of proof in establishing that the transaction was fair and reasonable.

Accordingly, Titan is making this formal offer directly to Core shareholders so that they can once again exercise their rights in relation to Titan and Core combining by accepting this offer.

Titan believe Core shareholders should accept the offer for the following reasons:

Titan has engaged Bacchus Capital Advisers Ltd as its exclusive financial and strategic adviser, from a mergers and acquisitions perspective, in connection with the takeover offer.