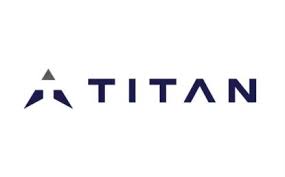 Titan Mining Corporation (TSX:TI) is pleased to release preliminary fourth quarter and full year 2022 production results and provide 2023 operating, capital and exploration expenditure guidance (all dollar figures are in US dollars, unless otherwise indicated). The Company also announces that it will begin construction on the Sphaleros project.

Don Taylor, Titan’s President and CEO, commented, “In 2022, we continued to reduce our debt and paid a quarterly special dividend. The #4 mine has proven to be a consistent and reliable producer in terms of both tons and grade. Our investment in the mine has been money well spent as we have upgraded equipment, facilities and most importantly developed a loyal and skilled work force. As we continue to spend exploration dollars to find the next deposit, it is also now time to turn our focus to expanding our output in terms of production. The Sphaleros project is a near-mine and fully permitted opportunity for ESM to add to Titan’s production profile.”

Exploration expenditures will be focused on district targets where the Company controls more than 80,000 acres of private mineral rights. The timing and extent of the exploration program is contingent on positive exploration results. The Company may allocate additional funds beyond guidance as merited.

1 C1 Cash Cost and AISC are non-GAAP measures. Accordingly, these financial measures are not standardized financial measures under IFRS and might not be comparable to similar financial measures disclosed by other issuers. For additional information, see the section titled “Non-GAAP performance measures” of Titan’s MD&A dated November 10, 2022, available on SEDAR at www.sedar.com, which section is incorporated by reference herein.

The Sphaleros project is an underground development of several ore bodies in the historic #2 mine which are remnants from previous mining or were identified after the mining ceased. The ore zones targeted for extraction at Sphaleros include Turnpike, Hoist House, Pump House, and Streeter in the near term, while the Company plans to simultaneously develop a ramp down through the #2 orebody. Surface and underground diamond drilling will continue to add confidence to each zone while development continues. The Company will purchase several pieces of equipment including loaders, trucks, and jumbos for the Sphaleros project. Recently received permits from the State of New York will allow the completion of an overland surface haul road and related surface infrastructure that will be used to transport mineralized material from the Sphaleros development to the existing milling facility.

Titan’s current technical report provides a mineral resource estimate for the #2 open pit project of measured and indicated mineral resources of 43.8M1 contained pounds grading 3.13% zinc and inferred mineral resources of 14.6M contained pounds grading 3.37% zinc. This report also details mineralization beneath the pit shells which was previously unattainable due to open pit permitting restrictions. By developing the new, fully permitted underground operation, the Company intends to mine more mineralized material than from the open pit plan, with lower impacts to the surface and surrounding community, while developing a complete model of the Sphaleros resource from surface to the 2300 level.

Mineralization in the Sphaleros project is similar to that now being mined in the #4 mine. The existing concentrator has sufficient capacity to incorporate the additional throughput. The mineralized material from Sphaleros will be mined underground, hauled to the surface and trucked overland via a new, approximately one mile long, access road to the existing mill facility.

The overland road connecting Sphaleros to the mill facility is substantially complete. Development for the underground portion of the project will begin in Q2/23 with decline development continuing until Q4/23 when mineralized material will be transported to the mill.

The Company advises that it has not based its production decision for the Sphaleros project on a feasibility study of mineral reserves, demonstrating economic and technical viability, and, as a result, there may be an increased uncertainty of achieving any particular level of recovery of minerals or the cost of such recovery, including increased risks associated with developing a commercially mineable deposit. Historically, such projects have a much higher risk of economic and technical failure. There is no guarantee that production will begin as anticipated or at all or that anticipated production costs will be achieved. Failure to commence production could have a material adverse impact on the Company’s ability to generate revenue and cash flow to fund operations. Failure to achieve the anticipated production costs could have a material adverse impact on the Company’s cash flow and future profitability. The Company further cautions that no mining study has been completed in respect of the economic feasibility of the Sphaleros project. Mineral resources are not mineral reserves and do not have demonstrated economic viability. There is no certainty that the economic and technical viability of the Sphaleros project will be realized.

The scientific and technical information in this news release is derived from the technical report titled “Empire State Mines 2021 NI 43-101 Technical Report (Amended)” with an effective date of February 24, 2021, prepared by David A. Warren, Gary Methven, Deepak Malhotra, David Vatterrodt, Ben Peacock, and Matthew Hastings, each of whom are independent qualified persons under National Instrument 43-101 – Standards of Disclosure for Mineral Projects, and filed on SEDAR at www.sedar.com.

Titan is an Augusta Group company which produces zinc concentrate at its 100%-owned Empire State Mine located in New York state. Titan is built for growth, focused on value and committed to excellence.