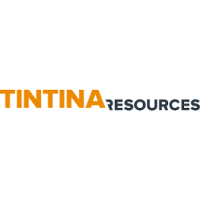 Tintina Mines Limited (TSX-V: TTS) is pleased to announce that it has entered into a royalty repurchase agreement, with an effective date of March 17, 2022, and signed on March 25, 2022, with Canadian Malartic GP an Ontario general partnership, in which CMGP will exercise its buy-out option to repurchase the 2% net smelter return royalty held by the Company over the Rand property for a total purchase price of $7,000,000 (USD). The exercise of the Buy-Out Option by CMGP is also subject to the terms and conditions of an existing Net Smelter Royalty Agreement between the Company and CMGP.

The Royalty Agreement was assigned to the Company by NSR Resources Inc. on April 7, 2020. NSR became a wholly owned subsidiary via a three-cornered amalgamation transaction completed on November 28, 2019 and submitted an application to cease to be a reporting issuer in Quebec, Alberta, British Columbia and Ontario and as of January 6, 2020, NSR ceased to be a reporting issuer in the Reporting Jurisdictions.