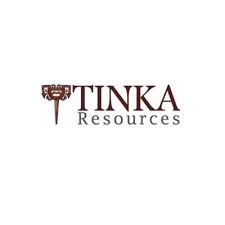 Graham Carman, Tinka’s President and CEO, stated: “The step-out drill hole results reported in this release are very positive, and show that the footprint of zinc mineralization at Ayawilca is getting larger. So far in 2018 we have discovered several new areas of significant zinc mineralization, including:

“Zinc mineralization still remains open along strike and down dip in several directions, while other prospective areas such as Zone 3 continue to offer additional potential.”

“A priority in 2018 has been to identify additional zinc resources with step-out drill holes. In addition, several infill holes have been drilled, to test for repetitions of the mineralized limestone beneath and within areas of known resources where key information was lacking. The infill holes drilled at the South and West areas have improved our geological model and understanding of the controls of the mineralization, while also confirming the continuity of grade and thickness of zinc mineralization.”

“Upon completion of the resource update in Q4 2018, the Company will be in a position to either move ahead with a Preliminary Economic Assessment in 2019, or to focus on further resource expansion.  In the meantime, we look forward to updating our shareholders with information on additional drill results and the upcoming resource update.”

Note: All intercepts shown above are down-hole intercepts.  True thicknesses of the zinc intersections are estimated to be at least 85% of the downhole thicknesses.

Note: All intercepts shown in Table 1 are down-hole intercepts.  True thicknesses of the zinc intersections are estimated to be at least 85% of the downhole thickness.

The Qualified Person, Dr. Graham Carman, Tinka’s President and CEO, and a Fellow of the Australasian Institute of Mining and Metallurgy, has reviewed and verified the technical contents of this release.

Drill holes are diamond HQ or NQ size core holes with recoveries generally above 80% and often close to 100%. The drill core is marked up, logged, and photographed on site. The cores are cut in half at the Company’s core storage facility, with half-cores stored as a future reference. Half-core is bagged on average over 1 to 2 metre composite intervals and sent to SGS laboratories in Lima for assay in batches. Standards and blanks are inserted into each batch prior to departure from Tinka’s core storage facilities. At the laboratory samples are dried, crushed to 100% passing 2mm, then 500 grams pulverized for multi-element analysis by ICP using multi-acid digestion. Samples assaying over 1% zinc, lead, or copper and over 100 g/t silver are re-assayed using precise ore-grade AAS techniques. Samples assaying over 200 ppm tin are re-assayed by fusion methods with an AAS finish (method AAS90B).