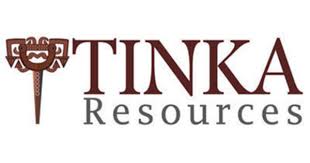 Hole A19-162 at South Ayawilca intercepted thick zones of zinc mineralization within the existing resource, as expected, however the zinc grades are much higher than expected compared with adjacent holes and are approximately double the average grade of the Ayawilca Zinc Zone resource. Hole A19-162 also intercepted a weakly mineralized limestone layer in the lower portion of the hole, significant in the fact that it supports the Company’s thesis of possible limestone-hosted zinc mineralization lying beneath the existing resource.

Note: True thicknesses of the zinc intersections are estimated to be at least 85% of the downhole thicknesses. Mineralization in the above intervals are relatively flat-dipping replacement zones hosted by limestone and/or sandstone.

Hole A19-162 continued to a depth of 545 metres to test for mineralization underneath the zinc resource.  The deeper portion of A19-162 intersected a layer of limestone containing massive pyrite (with anomalous zinc), a feature often seen near the edge of the Zinc Zone resource at Ayawilca.  A follow-up hole from the same drill platform, A19-163, is in progress (see cross section – Figure 1).  Hole A19-163 intersected several zones of zinc mineralization in the upper portion of the hole (assays awaited), and mineralization is believed to remain open up-dip within an area not previously drilled. The next few drill holes will continue to test the potential extension of South Ayawilca to the west, and the limestone at depth.

Dr. Graham Carman, Tinka’s President and CEO, stated: “The recently announced Preliminary Economic Assessment (PEA) results for Ayawilca indicated a large zinc project with robust economics, a modest capex and a long mine life.  However, the publishing of the PEA should not be construed that the exploration potential of Ayawilca has been exhausted.  The Company continues to believe that potential remains for the discovery of additional high grade zinc resources at Ayawilca, and better than expected assay results from hole A19-162 reported here, confirm this belief.  The addition of high grade resources, especially at West and South Ayawilca, would clearly enhance the economics of the project as the PEA definitively shows that the project economics is particularly sensitive to zinc grade.”

“The high-grade results in drill hole A19-162 highlight the potential of the South Ayawilca area, in particular, to deliver additional positive exploration results.  Mineralization remains open to the west, and at depth, where a deeper limestone layer intersected in hole A19-162 will be tested further by hole A19-163 (in progress).  More drill holes are planned, and we look forward to publishing the results in the coming weeks as the assay results come to hand and are interpreted into our geological model.”

Three holes were drilled at West Ayawilca, of which two holes were step outs (A19-160 and A19-161) and one hole (A19-159) was an infill hole that also tested for deeper limestone units beneath the existing resource (Figures 2 & 3).  Holes A19-160 and A19-161 intersected mineralized zinc veins in the upper sandstone layer (see Table 1), but has not extended the limestone-hosted zinc mineralization at West Ayawilca to the north.  The upper portion of hole A19-159 intersected veins in the sandstone above the resource and served as an infill hole, but the deeper portion of the hole did not encounter mineralized limestone at depth (hole drilled to 695 m depth).

Hole A19-162 was drilled at the western edge of South Ayawilca, near the hinge of a regional anticline fold (Figure 2 & 3). The top ~300 m portion of the hole served to infill the existing resource, with assay results (reported here) indicating that this part of the resource has higher zinc grades than expected based on nearby holes.  The deeper ~250 m portion of this hole was designed to test for repetitions of limestone, the favourable host rock for replacement zinc mineralization, beneath the phyllite.  A ~10 m interval of limestone immediately below a major fault was intersected at 465 m depth in hole A19-162 (Figure 1).  This limestone contains massive pyrite lenses which are commonly found in close proximity to the Zinc Zone resources at Ayawilca.

Hole A19-163 is currently in progress from the same drill pad as A19-162 but angled at a shallower dip (Figure 1).  The top of the hole targeted an area close to the edge of the zinc resource and intersected several intervals of zinc mineralization (assays pending).  Hole A19-163 is planned to continue to approximately 480 metres depth to test the western limb of the anticline, and has so far intersected strongly altered limestone over a ~50 metre interval from 400 metres depth (assays pending).

The magnetic map shows that magnetic anomalies over the project are strongly correlated with zinc mineralization, and weaken towards the west and northwest beyond the extent of the mineral resource (Figure 2).  The weakening of the magnetic signature to the west is interpreted as a possible plunge of the mineralization in that direction (yet to be confirmed with drilling).  Additional geophysical targets still remain to be tested further with drilling, including the Zone 3 area (Figures 2 and 3).

Note: Except for veins (marked with * in Table 1) which have unknown true thicknesses, the true thicknesses of the zinc intersections are estimated to be at least 85% of the downhole thicknesses as the zinc mineralization at Ayawilca is generally flat-dipping replacement of layers or ‘mantos’ hosted by limestone and/or sandstone.

Drill holes are diamond HQ or NQ size core holes with recoveries generally above 80% and often close to 100%. The drill core is marked up, logged, and photographed on site. The cores are cut in half at the Company’s core storage facility, with half-cores stored as a future reference. Half-core is bagged on average over 1 to 2 metre composite intervals and sent to ALS laboratories in Lima for assay in batches. Standards and blanks are inserted into each batch prior to departure from Tinka’s core storage facilities. At the laboratory samples are dried, crushed to 100% passing 2mm, then 500 grams pulverized for multi-element analysis by ICP using multi-acid digestion. Samples assaying over 1% zinc, lead, or copper and over 100 g/t silver are re-assayed using precise ore-grade AAS techniques.

Dr. Graham Carman, Tinka’s President and CEO, reviewed, verified and compiled the technical contents of this release. Dr Carman is a Fellow of the Australasian Institute of Mining and Metallurgy, and is a qualified person as defined by National Instrument 43-101. 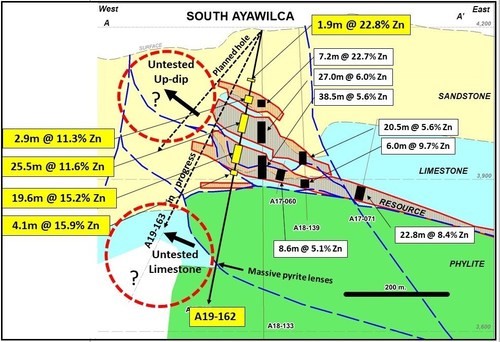 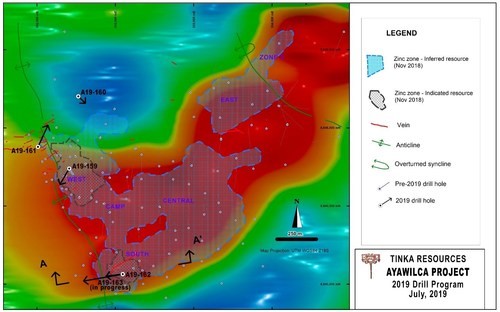 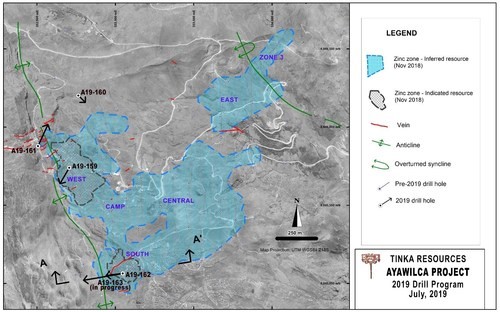