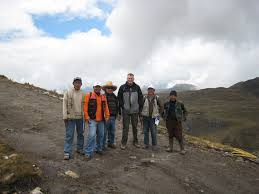 Tinka Resources Limited (TSX-V:TK) announces that further to its news release of April 17, 2014, the Company has closed the first tranche of its non-brokered private placement financing of up to 16,509,090 units at a price of $0.275 per Unit for gross proceeds of $4.54 million.

The Company will use the proceeds from the First Tranche for working capital purposes.

The First Tranche closing is part of a series of transactions under the Arrangement announced by the Company on April 17, 2014, through a joint news release with Darwin Resources Limited. Under the Arrangement, the Company has agreed to acquire all of the outstanding shares of Darwin in exchange for 6,131,725 common shares of the Company and to undertake the Private Placement. Sentient will subscribe, subject to certain conditions, for a total of 12,872,727 units in the Private Placement.

The net proceeds from the second tranche will be used for conducting exploration and resource development work on the Company’s Ayawilca and Colquipucro zinc-silver-lead projects and the combined exploration portfolio with Darwin and for general working capital purposes.

Tinka is a junior resource acquisition and exploration company. Tinka’s focus is on its 100% owned Colquipucro and Ayawilca projects located in the highly mineralized zinc-silver-lead belt of Central Peru.

Darwin is a resource acquisition and development company focussing on Peru. Darwin has an option to acquire 100% of the Suriloma epithermal gold property in the Department of La Libertad.