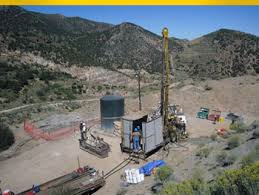 The merger is expected to be completed by a plan of arrangement or other suitable mechanism, and Timberline and Wolfpack have agreed to an exclusivity period expiring April 22, 2014, during which time the parties will conduct their respective due diligence. Upon completion of satisfactory due diligence, the parties will conclude a definitive agreement.

With the focus on Nevada, it is currently anticipated that prior to the merger, Timberline will transfer ownership of its partially permitted Butte Highlands Gold Project in Montana to its existing shareholders through a spin-out or similar transaction. Timberline shareholders would retain ownership of the Company’s interest in the Butte Highlands project, and, in addition to the Company’s current pipeline of projects in Nevada, would gain an interest in Wolfpack’s substantial portfolio of Nevada exploration properties. Similarly, with the focus of the merged company entirely on Nevada gold projects, Wolfpack anticipates that prior to the merger it will transfer its ownership of its uranium assets to its shareholders. The exact mechanism and timing of these transfers has yet to be finalized and such transfers remain subject to any necessary shareholder, corporate, and regulatory approvals.

Timberline President and CEO, Paul Dircksen, commented, “We have successfully advanced our Butte Highlands project to the point that the final permits appear to be forthcoming soon. With the timing of the permits in the hands of the regulators, the operation of the project is in the hands of our joint venture partner, who has already completed a substantial amount of pre-development work. With the planned pre-merger spinoff, Timberline’s existing shareholders will continue to benefit fully from the future developments at Butte Highlands. At the same time, we have been creating a quality exploration and development portfolio in Nevada, and this opportunity will allow us to focus on a substantial group of prospective gold properties in one of the best exploration and mining jurisdictions in the world. We believe that a partnership with Wolfpack would enhance the shareholder value of the company and facilitate access to capital as we advance the properties toward development and production.”

At the time of the merger, Wolfpack is anticipated to have approximately $6.7 million in its treasury. The transaction is expected to be structured such that Timberline will acquire all of the outstanding shares of Wolfpack and, on completion, former Wolfpack shareholders will hold, as a group, approximately 50% of the outstanding shares of common stock of Timberline. At closing, Timberline will consolidate its shares of common stock on a ratio to be determined by the parties and reconstitute its board of directors to be comprised of an equal number of directors from each company. The agreement requires a break fee in the amount of US$500,000 be paid by a party electing to terminate the agreement to accept a third party superior proposal.

Under the terms of the letter of intent, Wolfpack has agreed to provide Timberline with a bridge loan of up to US$1,000,000 to fund the working capital needs of Timberline during the interim period prior to the completion of the proposed transaction. Timberline may draw down an initial US$500,000 and may thereafter request additional tranches of US$250,000. The loan will mature on the earlier of completion of the business combination and one year from the initial draw down under the loan. The amount drawn will bear interest at 5% during the first six months of the loan and thereafter at 10% until repaid (in each case compounded annually). In the event the proposed transaction for any reason does not complete, Wolfpack will have the exclusive right, on the maturity date, to be paid the principal amount of the loan and interest in cash or elect to receive all or a portion thereof in shares of commons stock of Timberline. Repayment will also be secured by Timberline’s interest in the Seven Troughs property located in Pershing County, Nevada.

In the event Timberline decides for any reason to terminate discussions regarding the business combination prior to execution of the definitive agreement, Timberline will, in consideration for Wolfpack making the bridge loan, assign a 0.25% net smelter returns royalty in the Seven Troughs property to Wolfpack.

Completion of the proposed business combination is subject to a number of conditions, including satisfactory completion of due diligence by each of the parties, execution of a mutually acceptable definitive agreement by April 22, 2014, and receipt by both Wolfpack and Timberline of all stock exchange and third party approvals, including shareholder approval if required. Advancement of the bridge loan and any conversion thereof into Timberline shares, is subject to receipt by both parties of stock exchange approval.

Timberline Resources Corporation is exploring and developing advanced-stage gold properties in the western United States. Timberline holds a 50-percent carried interest ownership stake in the Butte Highlands Joint Venture in Montana. Timberline’s exploration is primarily focused on the major gold districts of Nevada, where it is advancing its flagship Lookout Mountain Project toward a production decision while exploring a pipeline of quality earlier-stage projects at its South Eureka Property and elsewhere. Timberline management has a proven track record of discovering economic mineral deposits that are developed into profitable mines.

Wolfpack Gold’s mandate is to advance low cost heap leach and high grade underground gold projects towards production in the western United States. The advanced Adelaide and Castle-Black Rock projects have previous operating histories as open pit heap leach operations before closing due to low gold prices in the 1980’s. With quality assets in a world class jurisdiction, a budgeted three-year plan and an exploration team with documented exploration discoveries in Nevada, Wolfpack Gold is positioned to advance new and existing discoveries towards production. In addition, the Company has a 100% interest, with no holding costs, on 115,000+ acres (46,400 ha) of private mineral rights in New Mexico, including the Crownpoint and Hosta Butte uranium deposits. These deposits contain an indicated resource of 26.6 MM pounds U3O8 at an average grade of 0.105% 4 eU3O8 and an inferred resource of 6.1 MM pounds U3O8 at an average grade of 0.110 eU3O8 (Beahm, 2012). A portion of these resources are under NRC license.