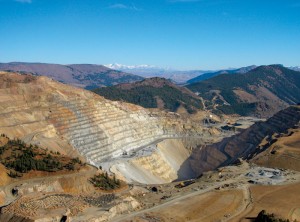 Thompson Creek Metals Company Inc. (NYSE: TC) (TSX: TCM) announced today that it and its joint venture partner, Sojitz Moly Resources, Inc. have agreed to place the Endako molybdenum mine on care and maintenance effective July 1, 2015, due to continued weakness in the molybdenum market. Thompson Creek holds a 75% interest in the Endako Mine, and Sojitz holds the remaining 25% interest. In connection with the placement of the Mine on care and maintenance, approximately 270 employees will be terminated.

Jacques Perron, President and Chief Executive Officer of Thompson Creek, commented, “When we announced our decision to place Endako Mine on temporary suspension as of year-end 2014 we had hoped for some recovery in the molybdenum market. Nonetheless, market conditions have remained weak through May and are likely to remain so for the foreseeable future. The current and expected molybdenum price cannot support profitable operations at Endako Mine and, as a result, we believe the best course of action is to place the Mine on care and maintenance. We will continue to closely monitor market conditions and re-evaluate the status of the Mine as market conditions warrant. We would like to express our gratitude to our employees, joint venture partner and all stakeholders during this challenging time.”