To start the week, we are reminded that on September 29, 1962, Canada launched the satellite Allouette, this event marks Canada’s entry into the space age. After the Soviet Union and the United States, Canada is the third country to design and build its own satellite. 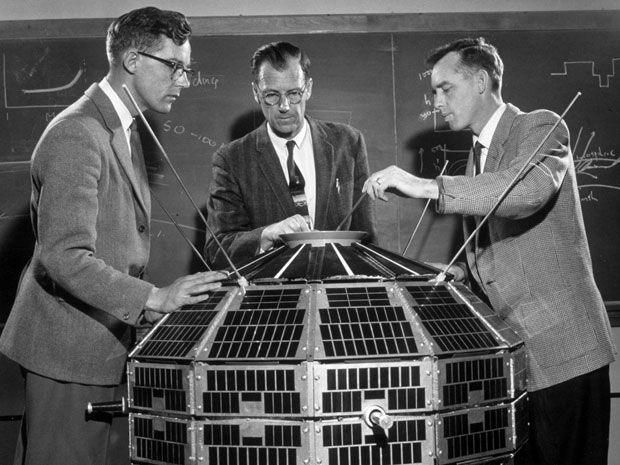 Harvest Health & Recreation, Inc. (CSE: HARV) (OTCQX: HRVSF) a vertically integrated cannabis company with one of the largest and deepest footprints in the U.S., today announced the opening of Harvest of Venice, expanding their footprint in the California market. Harvest’s best-in-class product offerings and exceptional store experience will now be available to the community of Venice, CA. –  Read More

GABY Inc. (CSE: GABY) (OTCQB: GABLF),  a U.S.-focused California based consumer packaged goods company operating in both the regulated cannabis sector and in the hemp-derived CBD market in the mainstream grocery channel, announced today that the Company has signed a definitive agreement to acquire all issued and outstanding securities of 2Rise Naturals LLC, in an all-share transaction valued at USD$1 million.  – Read More

Crest Resources Inc. (CSE: CRES) announces that it proposes to acquire a total of 2,000,000 common shares of Volatus Capital Corp. a junior mineral exploration company listed on the CSE, from three arm’s length vendors in private transactions at an average price of $0.072 per Common Share for total consideration of $143,000. The transactions are expected to close within the next two weeks.   – Read More

Ubique Minerals Limited (CSE:UBQ) announces it has completed seven diamond drill holes at Daniel’s Harbour, Newfoundland, of which four were drilled into targets on the MINKAP option property. These four holes were targeted to duplicate intersections by historic holes into three zones of mineralization. All intersected visible zinc mineralization in the approximate depth intervals identified by the historic drilling. Samples are being cut and sent for analysis. – Read More

Versus Systems Inc. (CSE: VS) (OTCQB: VRSSF) (FRANKFURT: BMVA) is pleased to announce that their proprietary Winfinite prizing platform will be included in an October 2019 release from Ludare Games Group. The game takes advantage of a location-based augmented reality engine to provide players on iOS and Android devices with experiences based on their personal surroundings when they play. – Read More

MJardin Group, Inc. (CSE: MJAR) (OTCQX: MJARF), a leader in premium cannabis production, announced today that subsequent to its recently announced non-binding Letter of Intent with Peguis First Nation in connection with its Warman cultivation facility located in Winnipeg, Manitoba, the Company has entered into an agreement whereby Peguis has agreed to pay the full amount of the purchase price in advance of the closing of the transaction pursuant to a promissory note. – Read More

Genius Metals Inc. (CSE:GENI) is pleased to report positive results related to the helicopter-borne electromagnetic survey of the A-Lake Cu-Sn-Zn Property in New Brunswick (Canada) and announces it will follow-up these encouraging results with a prospecting campaign. The company has entered into an option agreement with Atlantic Vanadium Corporation to acquire 100% of the property.  – Read More

POSaBIT Systems Corporation (CSE: PBIT) announces its intention to commence a normal course issuer bid to purchase an aggregate of up to 4,143,739 common shares of the Company, representing 5% of the issued and outstanding Shares. POSaBIT is commencing the Bid because it believes that the market price of its Shares does not reflect the underlying value of the Company’s business and future prospects.  – Read More

The CSE gained moderately and steadily all week closing at 477.11 up slightly from last weeks close of 465.98