As Hockey Season is nearly upon us we are reminded that on September 23, 1992, Manon Rhéaume becomes the first woman to play in a game in a major North American sports league, the National Hockey League (NHL). The Canadian plays in goal during a pre season Tampa Bay Lightning game. 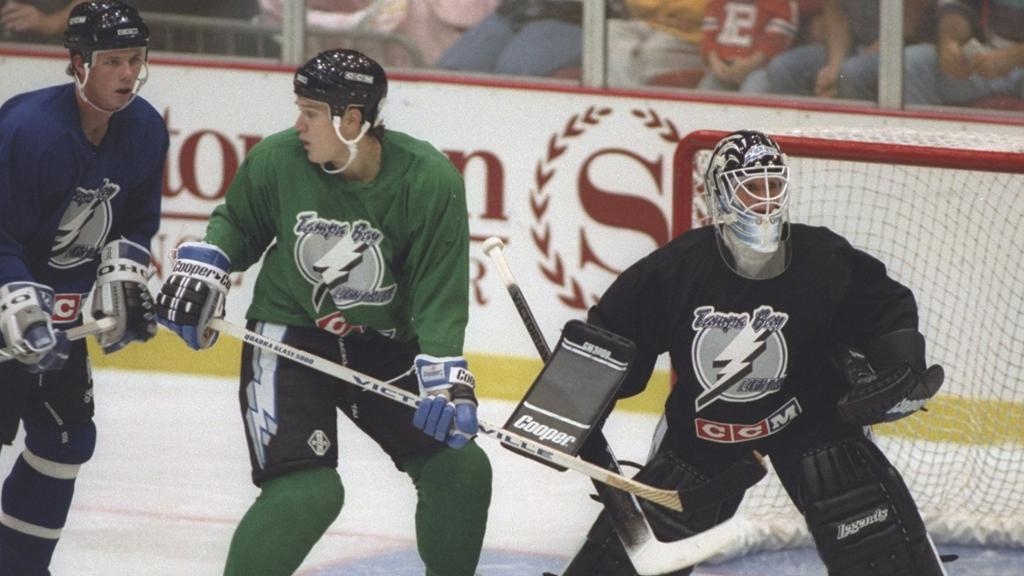 This talented goaltender was also on the Canadian women’s hockey team for the 1992 world championships. She won gold with the team that year, and will win it again in 1994.

In 1998, she will qualify for the first Canadian women’s hockey team to play in the Winter Olympics; in Nagano, she and her teammates will win the silver medal.

Mojave Jane (CSE: JANE) (OTC: HHPHF) (FSE: OHCN), a California cannabis company, today announced that, following the closing of its recent financing, the Company is making the second tranche investment in 2083 Group the owner of SpeedWeed. The tranche of $500,000, once completed, will increase the Company’s ownership interest in 2083 Group to just under 25%, on the way to an ultimate 40% ownership position. The capital injection into 2083 will be used to expand SpeedWeed’s existing Southern Californian – Read More

Cannabix Technologies Inc. (CSE: BLO) (OTC PINK: BLOZF) developer of the Cannabix Marijuana Breathalyzer is pleased to report that the Company has entered into an exclusive license agreement with the University of British Columbia to use and commercialize certain technology for the detection of volatile organic compounds for testing (to be used for marijuana breathalyzer purposes). – Read More

Carl Data Solutions Inc. (CSE:CRL) (FSE:7C5) (OTC:CDTAF) is pleased to announce it is now a sponsoring member of the German Association for Water, Wastewater and Waste – Read More

Sire Bioscience Inc. (CSE:SIRE) (FRA:BR1B) (OTCX:BLLXF), a Health Canada hemp license holder with a goal of becoming a vertically integrated CPG leader in the CBD marketplace, is pleased to announce the Company has commenced discussions, as well as entered into a non-binding Cannabidiol Commercialization and Consulting Letter of Intent dated September 24, 2019, with Fusion Nutrition Inc. a nationally branded supplement manufacturer. – Read More

Versus Systems Inc. (CSE: VS) (OTCQB: VRSSF) (FSE: BMVA) has formed Versus Systems UK Limited as a UK entity in advance of a planned December launch of their proprietary Winfinite rewards platform in the United Kingdom.  Read More

AgraFlora Organics International Inc. (CSE: AGRA) (Frankfurt: PU31) (OTCPK: PUFXF), a growth oriented and diversified international cannabis company, is pleased to announce that further to a commercial rights and supply agreement dated May 22, 2019, the Company has entered into a complementary cooperation agreement. Under the terms of the Co-Op Agreement, a party to the original Agreement has subscribed to a nonbrokered private placement at a 28.2 per-cent premium to AgraFlora’s five day VWAP of C$0.234; for total proceeds of C$2,000,000. – Read More

Weekend Unlimited Inc. (CSE: POT) ( FSE: 0OS1 ) (OTCQB: WKULF) a lifestyle cannabis company, announces that it is accelerating the launch of its branded edibles line to meet growing demand in Oklahoma and provides information regarding the safety of the vape cartridges used for the Company’s branded product line.  – Read More

The CSE Composite Index continues its downtrend Opening at 545.19 on Monday Morning and closing at a Year low of 465.48

The 2019/20 Hockey Season is nearly upon us and we check in on the Valuations of the Canadian teams to start the Season to Find 3 Canadian Franchises in the Top 10: