On this day in Canadian history (September 16th, 1987), an international convention met in Montreal and negotiators from 23 of the world’s major industrial nations signed a treaty to slow down global chlorofluorocarbon (CFCs) production in order to restore atmospheric ozone. One of its most important architects was Egyptian scientist Mostafa Tolba (1922-2016). The Montreal Protocol, a treaty designed to save the Earth’s ozone layer by calling on nations to reduce emissions of harmful chemicals by the year 2000, was amended in 1990 and 1992. In 1991 a fund was established to help developing countries meet their obligations. By 2016, 197 nations had signed the Montreal Protocol. 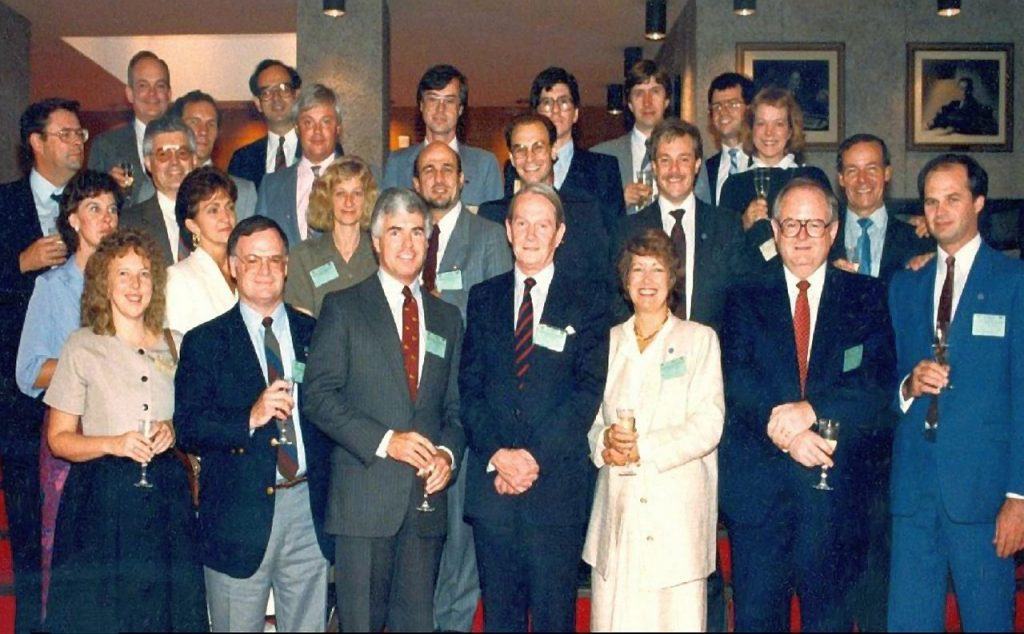 The Montreal protocol was signed September 16th, 1987 to reduce use of chemicals identified as harmful to the ozone layer.

Cresco Labs Inc. (CSE: CL) (OTCQX: CRLBF), one of the largest vertically integrated multistate cannabis operators in the United States, today announced a significant expansion of its presence in Nevada and Arizona through the signing of a purchase agreement to acquire certain assets from Tryke Companies, a vertically integrated seed-to-sale cannabis company, including six prime Reef Dispensary locations in Nevada and Arizona, expanded licensed cultivation and process capacity in Las Vegas and Phoenix and entry into the Utah market. >>Learn more

Pike Mountain Minerals Inc. is pleased to announce that it successfully completed its initial public offering of 4,390,000 common shares of the Company at a price of $0.10 per IPO Share for gross proceeds of $439,000. After giving effect to the Offering, the Company now has 8,576,000 common shares issued and outstanding. >> Learn more

BCP Inc.(BCP), Sire Bioscience Inc. (CSE:SIRE) (OTC:BLLXF) (FSE:BR1B) is moving full-speed ahead with an exciting House of Brands product portfolio. Under this model, Sire will develop a number of innovative CBD-infused products to appeal to different audiences and drive faster revenue. >> Learn more

NexTech AR Solutions (OTCQB: NEXCF)(CSE: NTAR)(FSE: N29) is pleased to announce that it has landed a deal with Challenger Motor Freight Inc. one of the most technologically advanced logistics companies and one of the largest privately owned truckload carriers in Canada with over 1,500 trucks and 3,300 trailers. >> Learn more

Peloton Minerals Corporation (CSE Symbol: PMC) (OTCQB Symbol: PMCFF) is pleased to announce that all four of Peloton’s gold exploration projects will be active this fall with drilling programs being conducted on three projects and surface field work on a fourth project in preparation for an NI 43-101 technical report on that project to be issued later this year. In addition, the Company has received subscriptions of CDN$523,302.50 toward a second tranche of private placement financing >> Learn more

Integrated Cannabis Company, Inc. (CSE: ICAN) (OTCQB: ICNAF), a multi-state brand operator in California and Nevada, is pleased to announce that its wholly-owned subsidiary, Ganja Gold, is the top infused pre-roll brand in California, through July 2019, with roughly USD$3,300,000 in sales to date for fiscal year 2019. >> Learn more

LottoGopher Holdings Inc. (CSE: LOTO) (OTCQB: LTTGF) (Frankfurt: 2LG) is pleased to announce that pursuant to its April 29th Shareholders Meeting wherein all motions put forth, including the resolution approving the acquisition of Bravio Technologies Inc., were approved. >>Learn more

Sproutly Canada, Inc. (CSE: SPR) (OTCQB: SRUTF) (FSE: 38G) is pleased to announce an expansion of its operations with a new manufacturing facility in close proximity to the Toronto Herbal Remedies Inc. production facility in Scarborough, Ontario. The additional property allows the Company to continue to centralize operations in the Greater Toronto Area, as well as providing manufacturing capabilities for it’s proprietary reagents, a key input for the APP Technology cannabinoid recovery process. >>Learn more

TransCanna Holdings Inc. (CSE: TCAN, XETR: TH8) is pleased to announce that it has closed its previously announced acquisition of all of the outstanding equity interest in Tres Ojos Naturals LLC, doing business as SolDaze, a limited liability company based in Santa Cruz, California.

Wayland Group (CSE:WAYL) and Cryptologic Corp. (CSE: CRY) are pleased to announce that Maricann Inc., a subsidiary of Wayland, and Cryptologic have entered into an amended and restated loan agreement, effective as of September 17, 2019, that provides for additional bridge loans from Cryptologic to Maricann. >> Learn more

VSBLTY Groupe Technologies Corp. (CSE:VSBY) is pleased to announce that it has closed the second tranche of its private placement of $1,000 principal amount 10% convertible unsecured debentures for gross proceeds $1,857,120, of which $1,691,000 were raised from the brokered portion of the Offering and $166,120 gross proceeds were raised from the non-brokered portion of the Offering. Echelon Wealth Partners Inc. acted as lead agent and sole bookrunner for the Brokered Offering. >> Learn more