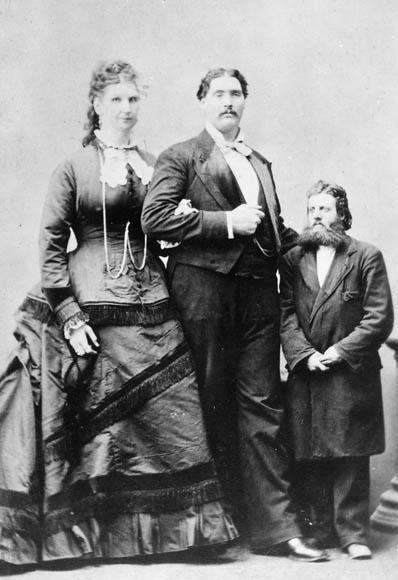 Weighing 18 pounds at birth, Anna Swan was famous in Nova Scotia because of her height, long before her discovery by circus legend P.T. Barnum. She worked at his New York museum for many years, nearly dying in the fire that destroyed the original building.

One World Lithium Inc. (CSE: OWLI) reports the completion of holes 2019 -1 and 2019 -3 on its Salar del Diablo Property located in Mexico.

Sediment samples will be analyzed utilizing ICP (induction coupled plasma) for 41 elements, including lithium, potassium, magnesium, boron, and an associated suite of other pertinent elements.

The siRNA constructs represent the therapeutic”component of the proposed gene therapy and are an important part of the gene therapy approach for potential application in type 2 diabetes and obesity.

International Cobalt Corp. (CSE: CO) announce that preparations are underway for a summer exploration program at Blackbird Creek Property, located near Salmon, Idaho. The company believes there is potential for rare earth elements.

The Sill Lake acquisition includes 13 single-cell mining claims and four boundary-cell claims that total  some 372.8 hectares. Lead-zinc-silver mineralization was discovered at Sill Lake in 1892; since that time sufficient works have been completed so as to define a (historical) measured and indicated resource of 112,751 tonnes of 134 g/t silver, 0.62% lead, and 0.21% zinc.

Terry Harbort, President & CEO of Talisker commented, “The continued consolidation of third party claims within the Spences Bridge Gold Belt solidifies our position as a dominant player in this  emerging gold district. Acquiring these mineral claims with outcropping vein occurrences allows Talisker the opportunity to focus our  ystematic exploration potentially shortening the timeline to discovery.”

One World Lithium Inc. ( CSE-OWLI) has found multiple aquifers containing brines over a wide  area as well as completing its current drilling program at its Salar del Diablo Property located in the State of Baja California Norte, Mexico.

The survey work was conducted over multiple anomalies previously identified from regional geophysics. Preliminary results have confirmed targets and provided detail that will aid drill planning.  Further geophysical evaluations are ongoing to prioritize additional targets for drilling. A reverse circulation drill program is planned for the summer.

The Company expects its first harvest in September for sale in the Canadian market in the fourth quarter of 2019.

Viewed as a weekly total, the CSE spent most of the week actually rising, despite overall downwards trend. Markets opened at 671.00 on Monday, rising to a high of 677.38 on Thursday, only to drop once again to 668.30 by Friday close.

The Canadian dollar strengthened it’s position relative to the US dollar this week, due in part to an unusually strong automobile/parts sector.

Meanwhile, Canada may seem some relief next week, after Trump promised to “sort things out” with China’s President Xi Jinping during the G20 in Japan.

Canada has been caught in the crossfire since last year, when we detained Huawei exec Meng Wanzhou at the behest of US law enforcement.

Wanzhou is awaiting extradition on charges of fraud in violating Iran sanctions.