Most of us are aware that 50 years ago (July 16), a huge rocket carrying three brave American astronauts blasted off from the Kennedy Space Centre on one of the most daring endeavors in human history. What is less well known is Canada’s prominent role in this amazing feat. 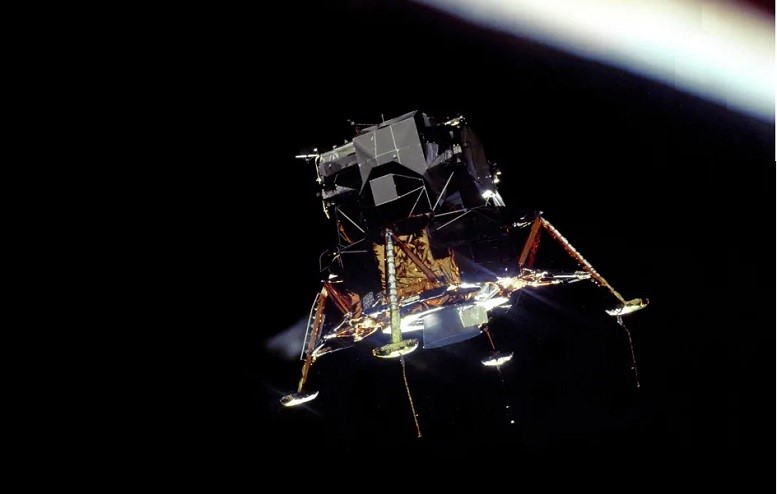 The two stage lunar module was conceived by a Canadian engineer working for NASA.

It was Canadian James Chamberlin who proposed the two-vessel concept of a lunar orbiting command module, and a second module that would land and later blast off from the surface to carry two astronauts back up to the command module. Canadian Owen Maynard became chief of systems engineering for the Apollo program, and it was he who laid out the design for the lunar lander and its two sections. Yet another Canadian helped design the heat shield for the returning command capsule. Although shields had been developed in the Mercury programme, Apollo 11 would be re-entering the Earth’s atmosphere at far greater speed and steeper angle which called for greater protection. 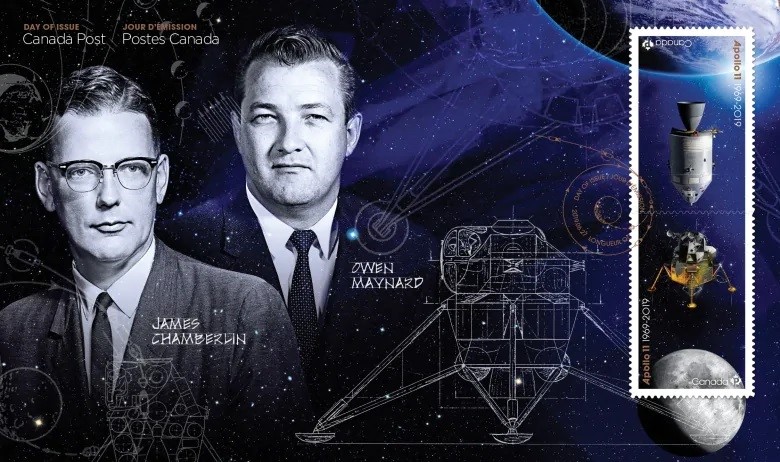 Stem Holdings, Inc. (CSE:STEM) (OTCQB: STMH) is pleased to announce that it has entered into a non-binding letter of intent dated July 8, 2019 with Seven Leaf Ventures Corp. a private Alberta corporation and the securityholders of 7LV. >>Learn more

Stem Holdings, Inc. (CSE: STEM) (OTCQB: STMH) is pleased to announce that it has entered into a licensing agreement with GCH, Inc. to produce and distribute WILLIE’S RESERVE™ a nationally recognized brand inspired by legendary musician and cannabis-rights activist, Willie Nelson. >>Learn more

Marret Asset Management Inc. today announced that Cline Mining Inc. (“Cline”) has entered into a conditional term sheet for the proposed sale by Cline to Allegiance Coal Limited of all the shares in New Elk Coal Company, LLC. >>Learn more

Triangle Plant Sciences a division of Verdesian Life Sciences of Cary, NC, has announced a partnership with MustGrow Biologics Corp. of Saskatoon, SK, to offer exclusive Canada and global access to TPS’s TP-1000, the first product in a suite of researched hydroponic technology offerings.  >> Learn more

Carl Data Solutions Inc. (CSE:CRL) (FSE:7C5) (OTC:CDTAF) is excited to announce it has engaged with PRC Partners Ltd. to access their EU and Asian networks to support global expansion in both the distribution of products and services, and the growth of Carl Data’s investor base. >> Learn more

Canadian Metals Inc. (CSE: CME) announces its intention to seek the necessary approvals to consolidate its common shares. The benefit of the planned consolidation is to reduce further dilution at current price when future financing is required to advance the large Iron deposits optioned recently. >> Learn more

Rapid Dose Therapeutics Corp. (CSE: DOSE), (“RDT”) and Ukraine Pharma announced today that they have signed a twelve month distribution agreement to export QuickStrip™ nutraceutical products to Ukraine and a number of other Eastern European countries.

Grand Peak Capital Corp. (CSE: GPK) announces it will conduct a non-brokered private placement to raise up to $2,000,000 by the issuance of $100,000 increments of unsecured convertible debentures of the Company (>> Learn more

Cannvas MedTech Inc. (CSE: MTEC) (Frankfurt: 3CM) (OTCPK: CANVF), a leading digital cannabis education and analytics company, is pleased to announce that it has closed the first tranche of a non‑brokered private placement issuing a total of 5,007,500 units issued at a price of $0.20 per Unit, raising gross proceeds of CDN$1,001,500. >> Learn more

SOL Global Investments Corp. (CSE:SOL)  (OTCPK:SOLCF) ) (Frankfurt:9SB) is pleased to announce a US$6.5 million capital infusion in its portfolio company CannCure Investments Inc. an investment that is intended to fuel the growth of its position throughout the cannabis markets of Florida, Michigan, and California. >> Learn more

Glance Technologies Inc. (CSE:GET) (OTCQB:GLNNF) (FKT:GJT) is pleased to announce that we have entered into a mutual referral agreement with Squirrel Systems, a leading North American point of sale provider to the restaurant and hospitality industry. >> Learn more

TerrAscend Corp. (CSE: TER) (OTCQX: TRSSF) is pleased to announce that it has finalized the previously announced US$75 million credit facility with certain funds managed by JW Asset Management LLC, where Jason Wild, Chairman of the Board of TerrAscend, is the President and Chief Investment Officer. >>Learn more

Sunniva Inc. (CSE:SNN) (OTCQB:SNNVF), a North American provider of cannabis products and services, announced that it has received a non-refundable payment of deposit in the amount of CAD $1,000,000 under the share purchase agreement dated June 11, 2019, pursuant to which Sunniva has agreed to sell Sunniva Medical Inc. to CannaPharmaRx, Inc. The closing of the transaction is now anticipated to occur in August.  >> Learn more

Bunker Hill Mining Corporation (CSE:BNKR) wishes to provide an update on the Company’s June 24, 2019 news release announcing a non-brokered private placement of units of the Company at $0.05 per Unit for gross proceeds of C$1,500,000 subject to the Company’s option to offer additional 4,665,800 Units, making the total maximum number of Units issuable under the Unit Offering 34,665,800.  >>Learn more

Premier Health Group Inc. (CSE: PHGI, OTCQB: PHGRF, Frankfurt: 6PH) a Company focused on developing innovative approaches that combine human skill-based expertise with emerging technologies for the healthcare industry, is pleased to announce that it has closed the acquisition of two Metro Vancouver based pharmacies. The Pharmacies were cash flow positive and had a combined annual revenue of approximately $6 million for the fiscal year ended August 31, 2018.  >> Learn more

Blue Lagoon Resources Inc. (CSE:BLLG) (announces that it has executed on its right to purchase 100% interest in the Golden Wonder property by making its final cash payment and issuing 200,000 shares to the vendor. >> Learn more

The CSE opened at 611.48 on Monday and continued on a downward trend before rising dramatically on Wednesday and up to its peak of 622.80 on Thursday. The rest of the week trended downward, landing at 608.02 on Friday.

After a rough couple of quarters, the Canadian economy is now back in the saddle thanks to a rebound in trade, the stabilization of the housing market, and the return of oil production after earlier mandated cuts. Whether or not momentum can carry into the second half of 2019 will depend on the ability of the global economy to weather any escalation of the U.S.-China trade war. For now, The National Bank of Canada is sticking to its forecast of 1.4% for 2019 GDP growth.