On this day in Canadian history, (August 26, 1978), the first Canada Jam Festival opened with the Doobie Brothers, the Commodores, Kansas, Dave Mason, and the Atlanta Rhythm Section. Canada Jam was a rock music festival concert held at Mosport Park in Bowmanville, Ontario on August 26, 1978. The concert attracted over 110,000 fans, making it the largest paying rock event in Canadian history at that time. Four television specials were made from the event and it was broadcast across the CTV television network in Canada.

Canada Jam was the second of three major music festivals held at Mosport between 1970 and 1980; the other two were the Woodstock-esque Strawberry Fields Festival held August 7–9, 1970 and the punk and new wave themed, Heatwave Festival held August 23, 1980. Both these festivals were produced by Toronto promoter John Brower who facilitated the introduction to Mosport Park for Feldman and Stogel. 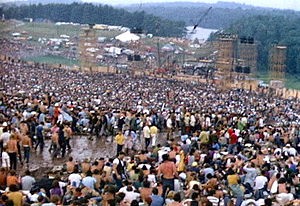 Canada Jam was a rock music festival concert held at Mosport Park in Bowmanville, Ontario on August 26, 1978 that attracted over 110,000 fans, making it the largest paying rock event in Canadian history at that time.

XPhyto Therapeutics Corp. (CSE:XPHY; FSE:4XT) is pleased to announce that it has entered into a definitive share purchase agreement with Vektor Pharma TF GmbH, a German narcotics manufacturer, to acquire 100% of the issued and outstanding shares. XPhyto has also entered into an equipment purchase agreement with an affiliated company to purchase thin film drug delivery manufacturing equipment. >> Learn more

Sharc International Systems Inc. (CSE: SHRC) (FSE: IWIA) (OTCQB: INTWF) is pleased to announce a Non-Brokered Private Placement  and will be issued in connection with the creation and issue of an aggregate of 25,000,000 Units, to be sold by the Corporation by private placement . >> Learn more

Blue Lagoon Resources Inc. (CSE: BLLG) is pleased to announce that, further to the news releases dated August 6, 2019 and August 19, 2019, the Company has completed the acquisition of all of the issued and outstanding shares of ASIC Mining Inc. from its shareholders in consideration for a total of 11,600,000 post-split common shares of the Company. ASIC is a private Canadian company that holds an option to acquire a 100% interest in the Pellaire gold property located in the Clinton Mining Division of British Columbia. >> Learn more

Sitka Gold Corp. (CSE: SIG) is pleased to announce it has completed this season’s exploration program at its newly acquired RC Gold Property in the prolific Tintina Gold Belt in Yukon, Canada. The program involved infill and expansion soil sampling focused on refining drill targets identified from six gold in soil anomalies outlined during the last two exploration programs conducted on property in 2017 and 2018, as well as follow up additional IP geophysics and geological mapping and prospecting. >> Learn more

Chemesis International Inc. (CSE: CSI) (OTC: CADMF) (FRA: CWAA), is pleased to announce that it has completed its previously announced transaction to acquire a controlling interest in GSRX Industries Inc. (OTCQB: GSRX), pursuant to which the Company has acquired from certain former GSRX shareholders an aggregate of [42,634,124] common shares and [1,000] preferred shares of GSRX, in exchange for an aggregate of [14,875,343] Chemesis common shares. >> Learn more

Blueberries Medical Corp. (CSE: BBM) (OTC: BBRRF) (FRA: 1OA), a leading Latin American licensed producer of medicinal cannabis and cannabis-derived products, is pleased to announce it has closed its over-subscribed, non-brokered private placement of units at a price of C$0.25 per Unit for total gross proceeds of C$3,457,500. >> Learn more

An aging population and technological change are transforming the Canadian business landscape. As Canada’s baby boomers are heading to retirement, the growth of Canada’s working age population will remain below 0.2% next year and the decade to come.

A recent BDC study found out that around 40% of Canadian small and medium-sized businesses are struggling to find the people they need to grow. This will eventually impact the economy. Business owners need to get creative to find the talent they need to continue to remain competitive.